You are here: Home › Our Blog › Studies Find Migraines May be Linked to Gut Bacteria Quality
By Angela Halderson, RD on November 4, 2016 in Diet 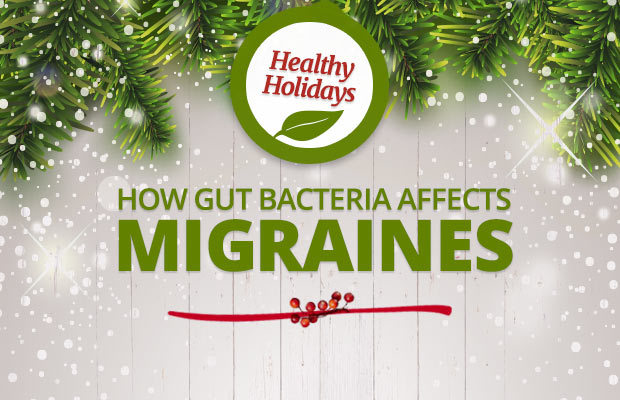 New research from University of California San Diego shows that there may be a link between gut bacteria and migraines. In order to determine the link between microbes and head pain, researchers looked at the compounds found in the food we eat.

The digestive system is responsible for breaking down compounds found in food, thanks to colonies of bacteria found in the mouth and intestinal tract, but what if these bacteria were insufficient? By looking at the diets of migraine sufferers and testing the bacteria in their bodies, researchers believe they may have found a culprit: Nitrates.

Nitrates are used as a preservative in foods to help prolong the shelf life and maintain theÂ color of a product â€“ typically meat. This chemical compound can take many forms, including medicine to promote normal blood flow and artery health in patients with cardiovascular disorders, and as an ingredient found in explosives.

So what makes nitrates such a problem and what is the connection to migraines? While your body wonâ€™t spontaneously combust after eating foods that contain nitrates, the research from the University of California San Diego, American Gut Project Cohort, shows that bacteria may play an important role in how nitrate functions in the body.

Nitrifying bacteria in the body consumes nitrogen compounds for energy. This process begins in the mouth and ends in the intestinal tract. For some people, nitrates become nitrite, then later form nitric oxide in the blood. Nitric oxide may help support a healthy cardiovascular system, while for others this compound results in the dilation of vessels in the brain that causesÂ migraines.

Because only bacteria, and not human cells, can reduce nitrate to nitrite, this may represent a symbiotic relationship by which our oral microbes maintain cardiovascular health using molecules present in our food.

The research does not state that increasing the number of bacteria found in the body will reduce migraines or ease head pain. However, researchers have found that individuals who have migraines are likely to lack reductase genes that contribute to the reduction of nitrogen compounds.

In a 2014 Frontiers in Neuroscience Paper, researchers reviewed clinical studies linking gastrointestinal conditions and migraines. As part of the study, researchers hypothesized associations between migraines and GI diseases, along with their possible therapeutic consequences:

The brain and the GI tract are strongly connected via neural, endocrine, and immune pathways. The communication occurs in two directions, not only from the brain to the gut but also the other way around. This recent finding on the role of the gut microbiota in the gut-brain axis suggests that the gut microbiota can be associated with brain functions and neurological diseases like migraine.

According to the research Frontier Neuroscience complied, people with migraines are also more likely to suffer from gastrointestinal disorders, including:

Gut bacteria plays an important role in human health. They supply essential nutrients, synthesize vitamins, and metabolize minerals and other compounds. In fact, there are 10 times more gut bacteria than there are human cells. The International Journal of Molecular Sciences writes that abnormalities in healthy gut bacteria can have troubling results:

Gut bacteria play an important role in human health, such as supplying essential nutrients, synthesizing vitamin K, aiding in the digestion of cellulose, and promoting angiogenesis and enteric nerve function. However, they can also be potentially harmful due to the change of their composition when the gut ecosystem undergoes abnormal changes in the light of the use of antibiotics, illness, stress, aging, bad dietary habits, and lifestyle.Â Dysbiosis of the gut bacteria communities can cause many chronic diseases, such as inflammatory bowel disease.

While research will continue on the relationship between gut bacteria and migraines, the information we have might suggestÂ that supporting gut bacteria with probiotics and a change in diet might promote a healthy gastrointestinal system, and may affect the frequency of migraines.

Still, there is no clear answer for sufferers ofÂ migraines, which can be disappointing. However, we can now recognize bacteria, nitrates, and migraines may be connected, so individuals can make changes to their own diet and explore dietary options to support their digestive system.

Changes to diet may include avoiding nitrates when possible, which includes processed foods unless the product is otherwise marked as not containing nitrates. Foods or supplements that provide vitamin C may also help as they have been shown to increase nitric oxide synthesis, which may ease migraine related symptoms. In addition, probiotics that introduce live bacteria in the gut may promote gastrointestinal health.

Vitamin C Concepts with Bioflavonoids from Natural Healthy Concepts containsÂ 500mg of vitamin C from ascorbic acid, and contains a bioflavonoid complex that is a source of antioxidants. Research shows that vitamin C may affect nitric oxide levels in the blood.

GI Sustain Â from MetagenicsÂ is a broad spectrum drink mix that contains vitamins and minerals that seeksÂ to support a healthy body, gastrointestinal tract, and normal nutrient absorption.

Have probiotics, a multi vitamin, or changing your diet helped your head pain? Let us know in the comments below!

What Is the Vitamin D/Vitamin K Connection?
Are Your Holiday Indulgences Giving You the Blues?