You are here: Home › Our Blog › What Is Science Saying About Ginkgo Biloba Tea?
By Theresa Groskopp, CN on April 23, 2018 in Diet, Health Tips, Nutrition Supplements 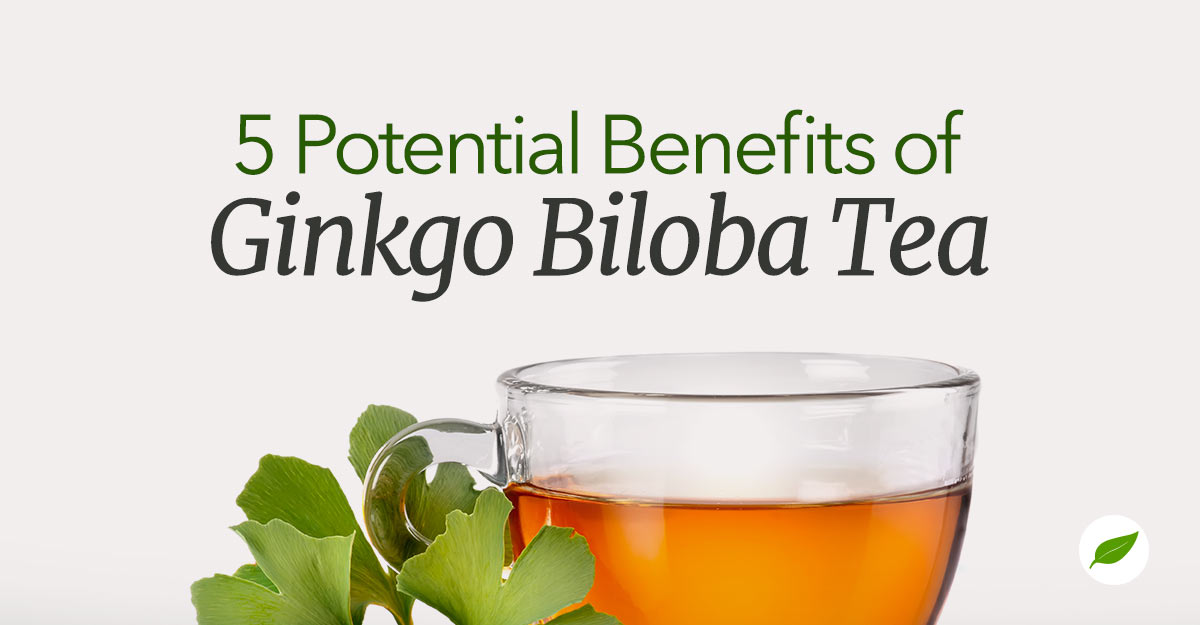 Ginkgo biloba tea is a favorite of naturalists and the health conscious everywhere. If you havenâ€™t tried it yourself, you probably want to know a bit more about what this herbal beverage might do for you. So what is ginkgo biloba tea? What are its potential health benefits? Why do ginkgo biloba leaves do the things they do in the human body? Weâ€™ll talk about all of this and more below.

What is Ginkgo Biloba Tea?

Ginkgo biloba tea is made from dried leaves or leaf extracts from the ginkgo biloba tree. Ginkgos are the oldest species of tree in the world. Theyâ€™re so old that all of their closest relative species have gone extinct. Ginkgo trees are also very long-lived, often living 1000 years or longer.

Ginkgos can grow in almost any temperate climate, meaning youâ€™ll see them in the United States, Europe, and Asia. Having such a widespread growing range for so many centuries, ginkgos were bound to find their way into traditional medicine. More recently, science has been seeking to verify the claims of ancient healers as to the effects of ginkgo biloba tea.

What Are the Potential Benefits of Ginkgo Biloba Tea?

People take ginkgo biloba tea for many reasons. Here are some of the most common.

Ginkgo biloba is not prescribed to children, but is generally well tolerated by adults. All of the above issues and more have been treated with ginkgo preparations for countless generations, but science is just beginning to understand why these potential effects might take place.

What is it About Ginkgo Biloba Leaves?

Like all plants, ginkgo biloba has a bouquet of unique chemicals and compounds that number more than 40 in the leaves alone. Flavonoids and terpenoids occur in all plants, but the ones unique to ginkgo act as antioxidants.

Regular consumption of the tea seems to correlate with more positive cardiovascular function when compared to adults who do not drink the tea, all other genetic and lifestyle factors being equal. This, combined with the natural effects of antioxidants in the body and blood, make ginkgo biloba tea a good potential choice for anyone who is concerned about health function.

At the end of the day, ginkgo biloba tea is just one of another longtime herbal preparation that is reputed to impact health in desirable ways. Because this preparation is found to be innocuous for most adults, itâ€™s ok for most people to add it to their regimen if they wish.

Always look for ginkgo biloba tea that comes from responsibly sourced regions of the world, which helps to ensure that tea leaves are free from unwanted pesticides and the like. Try the tea daily or as directed by a physician or naturopath you trust. Keep track of your results! As science continues to evaluate the potential of ginkgo biloba, you may make some personal discoveries that will benefit you for the rest of your life.Â