You are here: Home › Our Blog › Ginkgo Biloba Oil Uses and Potential Medicinal Benefits
By Angela Halderson, RD on April 25, 2018 in Nutrition Supplements 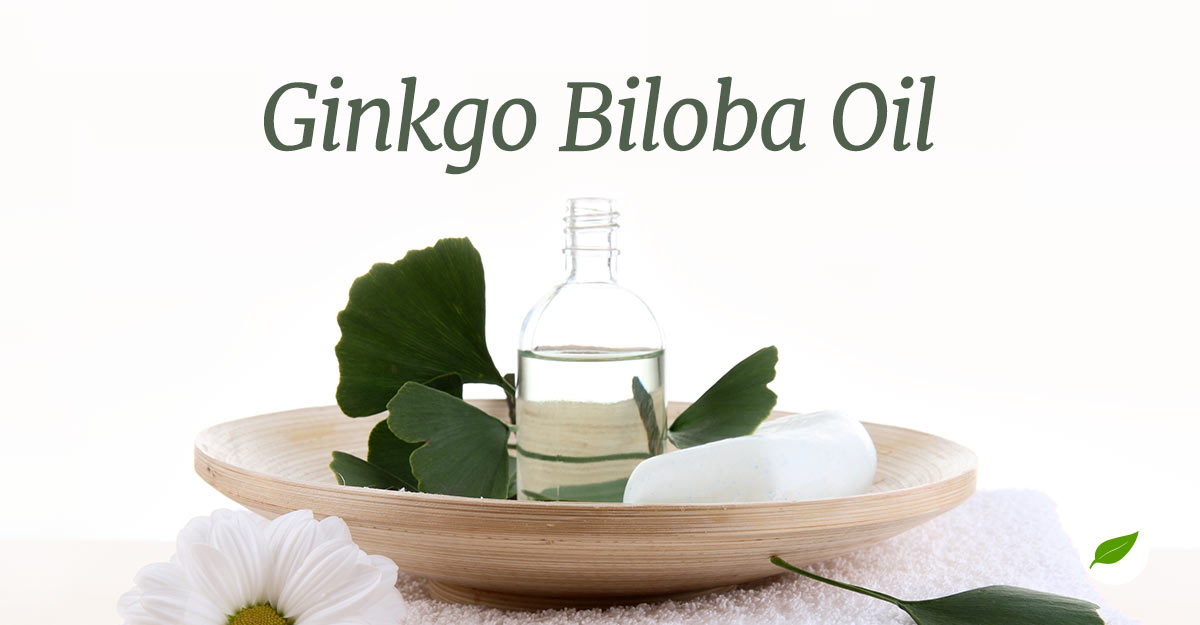 Ginkgo biloba is a popular herb. In fact, it is one of the best-selling supplements in the United States and Europe. Perhaps some of its popularity comes from the fact that ginkgo biloba has been around for a long time; and not just a long time, but the longest time. Not only is the ginkgo biloba tree the old living species of tree, but the trees themselves can live for more than 1,000 years.

Both the seed and the leaf of the gingko tree have been used in herbal and alternative medicine, but most research (and use) has focused on ginkgo biloba oil.

Ginkgo biloba oil, or ginkgo biloba extract, comes from the leaves of the ginkgo biloba tree. Most research has focused on the standardized extract, which is highly concentrated and may support the functioning of a wide range of body systems.

As a supplement, ginkgo biloba can be taken as a capsule, a tablet, a liquid extract, a dried leaf (in teas), or in the form of an essential oil. Standardized extracts of ginkgo biloba oil typically contain 24 to 32% flavonoids, and 6 to 12% terpenoids.

Flavonoids and terpenoids are the two active components in ginkgo biloba. FlavonoidsÂ â€œare plant-based antioxidants. Laboratory and animal studies show that flavonoids protect the nerves, heart muscle, blood vessels, and retina from damage. Terpenoids (such as ginkgolides) improve blood flow by dilating blood vessels and reducing the stickiness of platelets.â€

To understand how ginkgo biloba oil might be used, it may be important to understand what an essential oil is.

Essential oils are a â€œconcentrated liquid containing the aroma compounds of certain types of plants.â€ Some oils are created by steaming the raw plant, capturing the steam, and allowing the steam to turn into condensation. Some oils are creating by cold-pressing the plant, which involves applying enormous pressure to a high quantity of the plant until the oil is extracted. Other oils are extracted using a chemical solvent.

Some essential oils can be applied topically, some can be diffused into the air, and very few are food grade and can be ingested.

Ginkgo biloba is generally considered to be a safe essential oil, although it should not be given to children. Side effects are not common, but they can include upset stomach, headaches, skin reactions, and dizziness. As with other essential oils, ginkgo biloba can react with medications, so be sure to discuss this with your doctor.

Ginkgo biloba is one of the most researchedÂ herbal support for cognitive challenges, and has some of the following potential benefits.

How to Take Ginkgo Biloba

The amount or dosage of ginkgo biloba that you take may affect how it interacts with your body. Study that examined the effect of ginkgo biloba extract on memory and psychomotor performance found that ginkgo biloba was dose dependent, and that in trials comparing dosages of 150 mg, 300 mg, 120 mg, 240 mg, and a placebo, the 120 mg dosage appeared to be most effective.

You can ginkgo biloba in tablet, capsule, liquid, or essential oil form in our store. Whatâ€™s your favorite way to take ginkgo?

Ginkgo Biloba Uses: Benefits, Risks, and More
Why So Many People Choose Inositol Powder Over Niacin