You are here: Home › Our Blog › Menopause and the Female Ginseng, Dong Quai
By Theresa Groskopp, CN on June 25, 2018 in Health Challenges, Health Tips, Nutrition Supplements 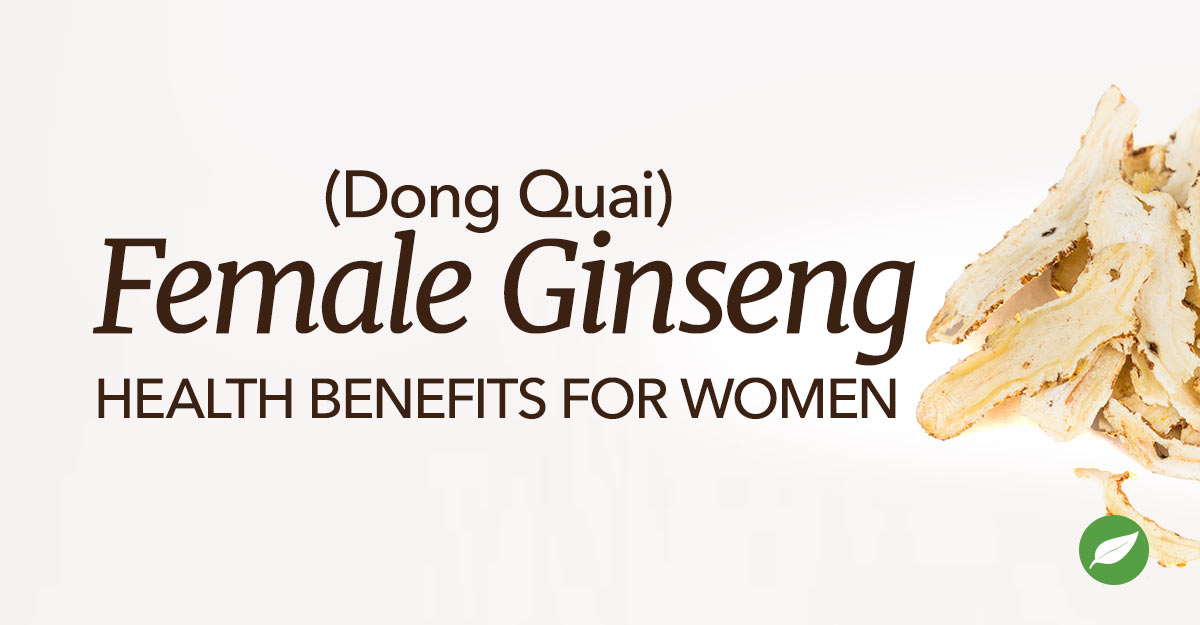 Thereâ€™s been a lot of talk and popularity about the effectiveness of ginseng on menâ€™s reproductive health. Many studies show it may help men who struggle with infertility, as well as maintain an erection. News likes that tends to make the headlines, but you may be surprised to learn that there is another herb out there that many refer to as the female ginseng, dong quai, and it may be particularly helpful for women during all stages of menopause.

What is the Female Ginseng, Dong Quai?

Dong quai is a flowering plant traditionally found in the mountainous regions of China, Japan, and Korea. Its name translated in Chinese means â€œstate of returnâ€ or â€œreturn to order,â€ which is exactly how itâ€™s been used for thousands of years by herbalists â€“ to help balance and restore a womanâ€™s reproductive health.

Isnâ€™t getting older fun? Weâ€™re wiser, more self-aware and more self-confidentâ€¦ and sometimes it feels like our bodies are falling apart. Menopause is marked by fluctuations in a womanâ€™s hormones as she comes to the end of her reproductive period. That also means sheâ€™ll likely experience some the uncomfortable side effects that are often associated with â€œThe Change.â€ The good news is that some of the symptoms, as listed below, may be temporarily controlled with medication or natural supplements, such as the female ginseng, dong quai.

01. Perimenopause â€“ This is the stage in between a womanâ€™s fertile reproductive years, and the time when her periods stop for good. Perimenopause can last four to seven years and is marked by fluctuations in the amounts of estrogen and testosterone a womanâ€™s body produces as her egg supply starts to dwindle. Menstrual cycles often become irregular during this stage, which may be helped with the use of female ginseng, dong quai. Herbalists often recommend dong quai to help regulate monthly periods. Although more research is needed, some studies show it may also help soothe some of the uncomfortable symptoms associated with perimenopause, such as hot flashes, cramping and mood swings.

02. Menopause â€“ Women are considered to have reached menopause when they have not had a period for an entire year. At this stage, a womanâ€™s ovaries have stopped releasing eggs, and hormone levels are much lower. The female ginseng, dong quai may be helpful because it contains phytoestrogens, which are compounds produced by plants that may mimic the effects of human estrogen in the body, thus possibly relieving menopausal symptoms. Many other plant-based foods contain phytoestrogens, including soy, so talk to a doctor before adding any new supplements to your daily routine, as consuming too much could cause adverse side effects. If you are looking for a phytoestrogen supplement blend, try PhytoEstrogen by Solaray, as it contains not only dong quai and soy, but also wild yam and black cohosh.

03. Postmenopause â€“ This stage represents the years after a woman has completed menopause. Itâ€™s usually a relief to many because many of the annoying symptoms such as hot flashes and irritability tend to ease or disappear once this phase is reached. However, there are new health risks at this stage related to a lack of estrogen. Bones tend to become more brittle and have the potential to break more easily; it also changes the way we store fat cells, which could cause weight gain leading to a whole host of other health concerns. A healthy diet, regular exercise, and supplement intake can make a huge difference in how you age. The root of the female ginseng, dong quai is rich in vitamins A, B-2, C, and E and contains a healthy amount of iron and magnesium. Studies show that it may help increase blood circulation, which could be beneficial for those with blood clotting or circulatory concerns.

Have you used the female ginseng, dong quai for help with menopausal symptoms? Tell us about your experience in the comments below!