You are here: Home › Our Blog › Ear Candling Info & Benefits From a Natural Health Expert
By Ashley Steinbrinck on May 21, 2013 in Health Tips 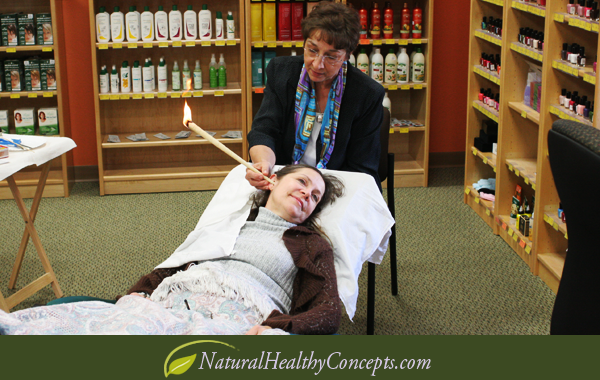 Natural health consultant, master herbalist and reflexologist, Dorothy Benes, is also an ear candling expert. She’s been ear coning or cleansing with herbs for more than 20 years, and has experienced some amazing things!

Who is Dorothy Benes?

Dorothy is a die hard natural health guru. She home birthed, home-schooled for 24 years, and raised a family of seven kids on one income. Â As soon as she found nitrates in the water were causing health problems, she moved the family to the Ozarks, where she says “we made the hillbillies look modern.”

With no electricity, lanterns for light, and wood stoves for cooking and heat -Â Dorothy truly lived like Little House on TheÂ Prairie.Â  She even used a book from 1903 to teach math lessons to her kids!

She has always raised her own hogs, “beefers”, chicken, turkey and rabbits. She used fresh lard from her hogs, she makes everything from scratch and she’s always been big into canning. Tending to her 1/2 acre organic garden that has been biochemically balancedÂ has always been a top priority, too. In fact, she calls her 45 ft wide by 100 ft long garden “small” compared to how large it used to be when her kids where still living at home.

Dorothy doesn’t believe in vaccination and she even cancelled her health insurance after her second baby was born and has never had it since. Between all seven of her kids, they’ve visited the doctor a total of five times in 21 years. Three of the children’s first visits were at the age of 20 and 21Â for a mandatory physical for a job.

Dorothy doesn’t own a computer and has no interest in it.Â But even without the internet, she’s been busily working to heal people naturally out of her home as well as in chiropractic office. She also does ear candling atÂ Natural Healthy Concepts in Appleton once a month.

I asked Dorothy how she would defend thisÂ ancient 4,000 year old natural health remedy,Â after finding many articles that expressed uncertainty about it. Â She told me “the powers that be want it to disappear.” Meaning, if people used this remedy to heal allergies, sinus pressure, headaches, hearing loss, vertigo, infections, and more – think of all the business and profit mainstream medicine would lose out on…

Besides that, the 3,000+ pairs of ears she candled in the past 20 years along with all of the positive responses – Â makes theÂ benefits crystal clear. 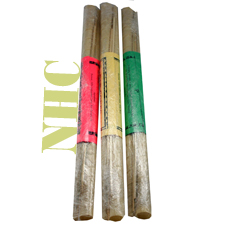 One big reason there is hesitation with ear candling is because of cheaply made candles and misuse. Anyone can buy ear candles at a drugstore that are made with toxic ingredients and that is a huge part of it. Someone I know tried ear candling with these candles by herself for the first time and ended up with an ear infection. It really does take a high quality candle, another set of hands and proper use to get the best results. The candles can be misused and cause issues. But, it’s really not that hard to do it right.

Dorothy hand makes her candles out of 100% beeswax, unbleached cotton cloth, essential oils, extracts, herbs and essences. Her candles are 4-6 times more effective than other ear candles because of the extra length, longer burning time farthest from the head and the natural ingredients she uses.

Dorothy makes 12 varieties of ear candles that all have a different focus in which she adds specific ingredients. Learn more about her ear cone varieties.Â (click the ingredients tab)

The Benefits of Ear Candling

One of my favorite stories Dorothy referenced was her experience with a 2-month old baby girl named Julie. Julie took a breath just before she was born which caused her to be unable to breath through her nose. The mainstream doctor’s approach was to cut holes in her nasal passages using a razor which is a very painful process that leaves behind scar tissue. Julie was underweight and only about 13 pounds at 2-months old. She was usually hungry and whiny since she couldn’t nurse or eat well.

When her mother decided to try ear candling, Dorothy said the amount of “stuff” that came out of each ear was fatter and longer than a crayon. There was still no change when she was done which was a bit of a surprise after extracting so much debris. But, 3 and 1/2 hours later, she got a call from Julie’s mom who very excitedly told Dorothy to “listen to this!” – Dorothy said she heard what sounded like AM radio static, and Mom thanked her and said “Julie is breathing out of her nose for the first time in her life!”

Dorothy has seen healing of depression, vertigo, dizziness, allergies, headaches, and so many others.Â When used properly, the benefits of ear candling may include:

Ear candling takes about 30-45 minutes, it’s non-invasive and has a narcotic effect which is very relaxing. The ear candle is lit on the wide end and heat is not felt in the ear canal.

The negative charge of the herbal smoke and spiral shape of the candle work together to stimulate the respiratory system and cleanse. Dorothy says it’s a way of, “Tweaking the body and letting it balance itself.”

The gentle vacuum effect of fire causes debris to be drawn up the candle toward the flame.

I will be taking my 76 year old grandmother to see Dorothy this weekend for an ear candling session – I’m excited!

Have you ever tried ear candling? Leave a comment if you have something to ask or share.