You are here: Home › Our Blog › Detox and Reduce, or Eliminate Allergy Symptoms [Infographic]
By Theresa Groskopp, CN on May 22, 2013 in Health Challenges, Health Tips 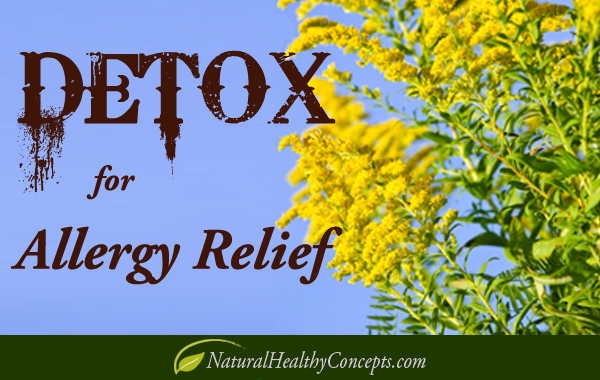 While many people are born with allergies, many develop them later in life.Â  I developed airborne allergies when I was about 14 â€“ hay fever.Â I would wake in the morning with my eyes nearly glued shut, had terrible congestion and itchy eyes when outdoors. I donâ€™t recall taking medication but I do remember avoiding fields and weeds, especially goldenrod. Even worse, I avoided going outdoors toward the end of summer when ragweed and goldenrod were in full bloom.

Read on to discover how completing several detoxification programs in later years helped me to reduce and eventually eliminate my hay fever allergy symptoms. This may not be true for everyone but for those seeking natural allergy remedies, it can be extremely beneficial and worth a try. The principle is that clearing toxins reduces the load on the detoxification pathways to allow the body to better filter and deal with allergens.

Not only did I have hay fever, but in my 20’s, I was in an aerobics class and all extremities started itching severely.Â  I went to the emergency room and they said I had allergic anaphylaxis. Â Â AnaphylaxisÂ is a severe, whole-body allergic reaction to a chemical that has become an allergen. At that time, I didn’t quite realize the severity of anaphylaxsis and just assumed it was an isolated incident as everything I had eaten that day, I had eaten many times before without a reaction.

Months later after mowing the lawn my face started swelling and it was becoming difficult to breathe. I drove myself to the nearby police station where the ambulance was also dispatched from. My pulse was close to bottoming out. Thatâ€™s when I decided to have allergy testing done.

After allergy testing, I was told I had specific food allergies that didnâ€™t seem to bother me until I had enough stressors accumulate in the body. Â My â€œtriggerâ€ was exercise or an increase in heart rate. Â Biking, mowing the lawn, dancing, even walking was the final stressor that caused the â€œblow upâ€ and anaphylactic reaction for me. Until these severe allergic episodes, I was totally unaware of any food allergies. An epi-pen was prescribed and I was instructed to carry it with me. Over the years, Iâ€™ve had a few ambulance rides due to allergic reactionsÂ and have used an epi-pen a few times.

A few years later I learned that my sister also had anaphylactic allergies, although hers were not exercise-induced. Â We both are allergic to odd things like celery, sunflower seeds and rye. Â I learned to avoid the foods that were triggers for me and the reactions have been infrequent since then. It seems we both developed these allergies in our 20â€™s.

Years later, I became interested in natural health and nutrition.Â  After classes and much reading, I decided to try a gallbladder/ liver cleanse recommended byÂ Premier Research Labs. A year or so later, my husband and I completed a 30-day cleanse usingÂ NutriclearÂ from Biotics Research. Â That particular detox program involved eliminating the usual allergens like corn, eggs, nuts, soy, dairy and grains for 30 days. We started the 30 day cleanse with 3 days just consuming Nutriclear shakes. The remaining days we had 3 shakes per day and ate a clean diet of organic vegetables, fruits, rice, organic chicken and fish. It was a sort of difficult cleanse only for the fact it was 30 days. However, we both did feel great afterwards.

Iâ€™ve completed a variety of several shorter detox diets since then including theÂ Colon CleanseÂ by Blessed Herbs. Other than the colon cleanse, they have always included a protein type powder shake containing the nutrients necessary for Phase I and Phase II detoxification. I strongly believe that several ionic detox footbaths have helped with cleansing too.

While allergy elimination wasnâ€™t the goal of cleansing, I realized a few summers ago that I no longer had any hay fever symptoms in the summer! Â My airborne allergies seemed to have disappeared. Though I don’t live in the country anymore, I certainly am exposed to ragweed and goldenrod when engaging in outdoor activities and spending time at our cottage in the country.

Itâ€™s my belief that the various detox programs and cleansing has helped to eliminate my hay fever allergy. Jon Barron, MD from Baseline Health seems to feel the same way about allergies and cleansing. I am sure cleaning up my diet considerably has helped too! Though I havenâ€™t had an anaphylactic reaction in years, I am pretty sure I still have the food allergies with exercise-induced anaphylaxisÂ  – it isnâ€™t something I am too anxious to test out.

If you have allergies, consider one or more of these cleansing and detox products to help ease the load on your bodies detoxification process. If you can’t commit to a detox right now but want a more natural solution to your allergies, check out these Natural Allergy Relief supplements and products. 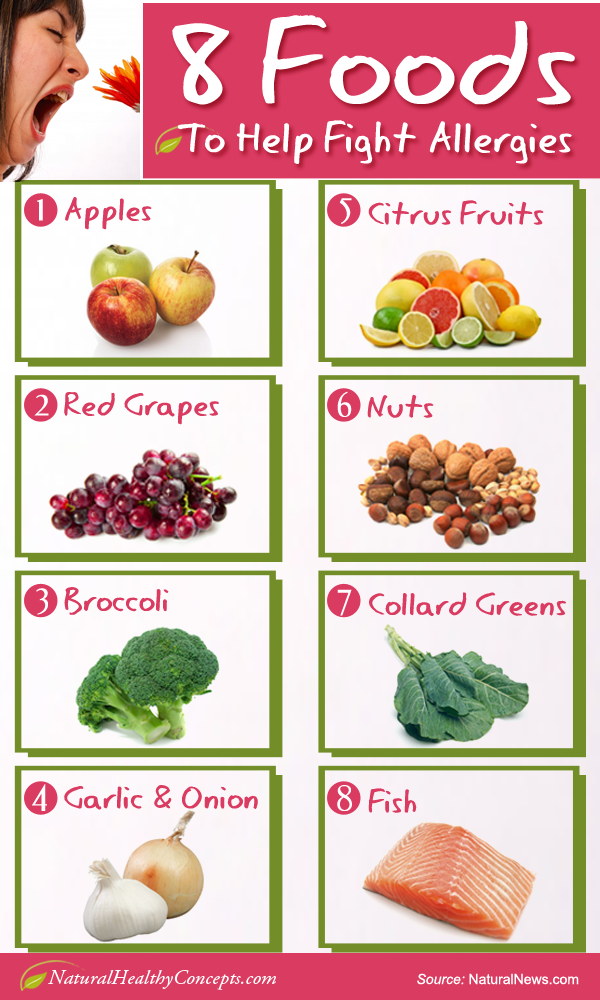 If you have had similar success with reducing your hay fever or allergy symptoms, help other readers and share you story here:Â Â

8 Responses to Detox and Reduce, or Eliminate Allergy Symptoms [Infographic]