You are here: Home › Our Blog › How Curcumin Helps Depression by Fighting Inflammation
By Theresa Groskopp, CN on April 19, 2014 in Health Challenges, Health News 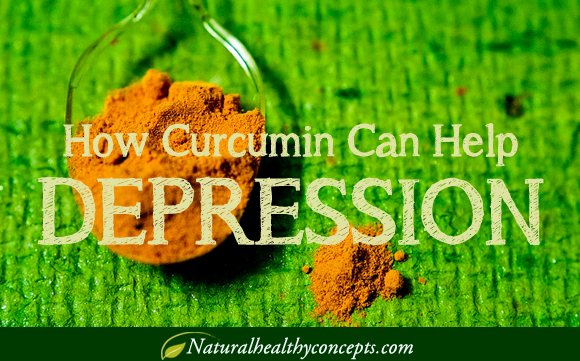 Did you know depression is the most common psychiatric disorder and leading cause of disability in the world? In 2011, a study of nearly 90,000 people showed France and the US as the two most depressed countries. Worldwide, 121 million people suffer from depression and the use of anti-depressants in the US has soared to 23 million by 2010. (Source)

Is anyone asking why so many people are depressed? Yes, life is stressful, but something is causing this dramatic increase in sickness and mental health problems. Since I understand the gut brain connection, I understand that many of the physical and mental issues we might have, begin in the gut.

When presented with a depressed patient, do psychologists or medical doctors know to ask if he/she has a food intolerance or poor gut health? Would they know to make the connection?

The causes of depression are many â€“ too many to mention, but definitely worth exploring if you battle depression. Here are just a few causes for depression:

Treating the symptoms of depression with medication is not very effective – in fact there’s valid evidence anti-depressants just don’t work. Itâ€™s sad when customers tell us theyâ€™ve been put on anti-depressants but they aren’t getting better. The response from their doctors is often to put them on more medications!

There are other things besides grief, divorce, orÂ  job loss, that lead to depression. Many of them are physiological.

Inflammation – a common cause of depression

One major contributor to depression that’s often overlooked is silent (or hidden) inflammation. If you read my post on â€œCuramin vs CuraMed: Which One Should I Take?â€ you learned silent inflammation is a killer, and C-reactive proteins present in the body indicate inflammation is present.

When your body is inflamed, it’s as though it’s on fire. It uses all it’s energy and resources to put the fire out. This causes other bodily functions to be neglected and your immune system becomes compromised. This makes you very vulnerable to sickness, disease, pathogens, and depression.

Please, take the time to read this more in-depth article on inflammation from Dr. Mercola, How Inflammation Affects Every Aspect of Your Health.

A study published in The British Journal of Psychiatry concluded:
â€œSerum hsCRP is an independent risk marker for de novo major depressive disorder in women. This supports an aetiological role for inflammatory activity in the pathophysiology of depression.â€

De novo depression refers to a first time occurrence. Having elevated C-reactive protein (CRP) levels is a risk factor for depression! The study reported â€œan apparent 44% increase in the risk for major depressive disorder for each standard deviation increase in ln-hsCRP among women who had never experienced a prior episode of depression.â€

What does this mean? The more inflamed your body is, the greater your risk for depression. I donâ€™t know about you, but there are enough things in life to get depressed about, I donâ€™t need my body giving me one more reason. 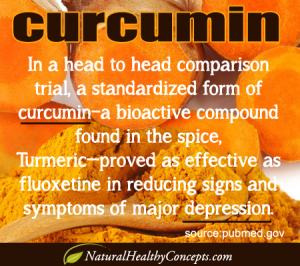 If youâ€™re currently suffering with depression or want to avoid becoming depressed, a first step to better emotional and physical health is to find out if you have silent inflammation. If you know you have arthritis, Crohnâ€™s disease, allergies or diabetes, then you know you have some serious inflammation going on in your body and it’s critical to get it under control.

If you havenâ€™t been able to figure out why youâ€™re depressed, go see a functional medicine practitioner or someone who can get to the source of whatâ€™s wrong â€“ not just treat your symptoms. This can’t be stressed enough. Ask about getting a C-reactive protein test done. If your levels are elevated, it could be pointing to your depression.

Addressing the inflammation may not only keep you from some serious health problems, it may also prevent or alleviate depression. Before you rush to the drug store or ask for a prescription, remember; prescription and over-the-counter (OTC) non-steroidal anti-inflammatory drugs (NSAIDs) like ibuprofen, or those that suppress the immune response, come with some potentially dangerous side effects. 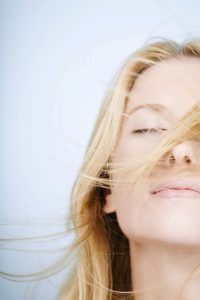 Curcumin – a safe and natural approach to inflammation

When your body is inflamed, it’s as though it’s on fire. It uses all it’s energy and resources to put the fire out. This causes other bodily needs to be neglected. Curcumin is a safer, more natural approach to putting out the fires of inflammation.

â€œOn-going, persistent inflammation is destructive, not restorative. One of he keys to improving chronic diseases (heart disease, diabetes, arthritis, asthma, etc.) is stopping the cycle of chronic inflammation. As discussed earlier, curcumin, unlike synthetic drugs, works on multiple inflammation pathways to help return the body to a normal inflammation balance. Additionally, curcumin has specific, unique mechanisms of action that make it invaluable in treating chronic diseases.â€ (Source)

Since curcumin has also been shown to treat other brain disorders like Alzheimerâ€™s (Source) it makes sense that itâ€™s anti-inflammatory and anti-oxidant properties would make it effective in treating depression. Terry goes on to explain that curcumin is also able to…

â€œmodulate the levels of brain neurotransmitters (chemical messengers â€“ serotonin, norepinephrine, and dopamine) which influence mood, behavior, appetite, emotions and even dreaming and memory. In experimental models of depression, curcumin has been shown to increase levels of the â€œfeel goodâ€ neurotransmitter serotonin, as well as relieve other symptoms of depression.â€

Here’s more good news: a study from the journal Phytotherapy Research in a randomized, controlled clinical trial confirmed that curcumin was more effective than Prozac in treating depression! (Source)

If you or a loved one are depressed or you suffer from an inflammatory disease, talk to your doctor first, but please give serious consideration to adding curcumin to your daily supplement routine. If your doctor isn’t savvy about nutrition, educate yourself, and direct him/her to these scientific articles on the extraordinary health benefits of curcumin. 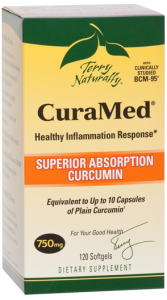 We carry a variety of quality curcumin supplements. I’m partial to CuraMed from Terry Naturally, but everything we carry is good! Customers also like Meriva SR Curcumin Phytosome, from Thorne Research. It’s a time-released curcumin supplement containing phosyphatidylcoline for optimal assimilation and bio-availability.

Don’t let depression keep you from enjoying your life. Put the fire of inflammation out and start living again. Find a good doctor, do your homework and give curcumin a try!

If you’ve used curcumin or other natural products for inflammation or depression, we’d like to hear from you.

So depression is an inflammatory disease, but where does the inflammation come from?

Answering A Burning Question: Who Do We Reduce Inflammation?

Mercury: Get this Heavy Metal Poison Out of Your Body

3 Responses to How Curcumin Helps Depression by Fighting Inflammation