You are here: Home › Our Blog › Try Cordyceps Powder for Energy and Stamina
By Theresa Groskopp, CN on June 22, 2018 in Fitness & Exercise, Health Tips, Nutrition Supplements 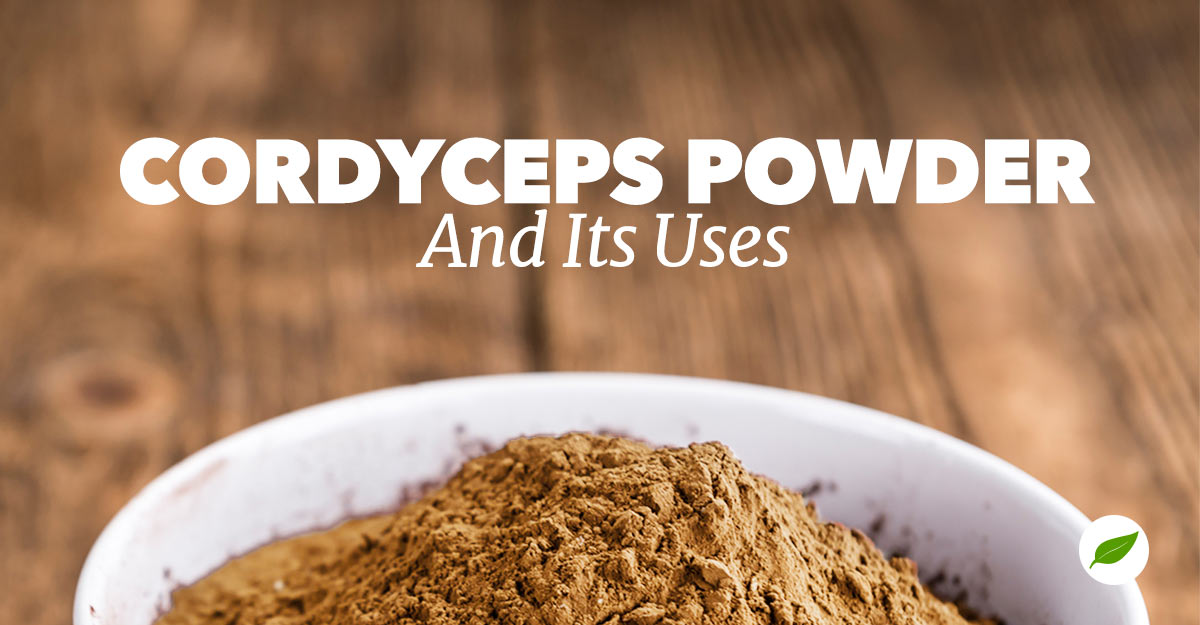 Discover how cordyceps powder may benefit your health and your workout

In the past few decades, the wisdom of Eastern medicine has started to impact the way we care for our bodies in the modern world. The plants and fungi used during centuries of healing in China and Tibet are now ingredients in our foods, teas, and supplements. One such fungus gaining traction in the natural health world is known as cordyceps. In its natural state, cordyceps is an invasive mushroom, but cordyceps powder â€“ when added to protein blends and supplements â€“ holds a myriad of potential health benefits. In fact, cordyceps powder has become a popular ingredient in health tonics served in cafes around the world. Read on to learn more about cordyceps powder and how it may promote energy and vitality in your healthy lifestyle.

Cordyceps, or Cordyceps sinensis, grows in the high altitude areas of the Himalayan mountains and parts of China. It begins its life as an invader, planting itself on the back of a caterpillar. The newly formed fungus then grows slowly until it takes over the life of the caterpillars and plants itself in the soil. In fact, the Chinese name for cordyceps means â€œwinter worm, summer grass,â€ illustrating the odd progression from worm to fungus. Donâ€™t worry, if the phrase â€œcaterpillar fungusâ€ or even â€œzombie wormâ€ grosses you out, know that most commercially available cordyceps powder is usually lab-grown and caterpillar-free.

In 1993, female runners out of China shattered world records in the 1500?m, 3000?m, and 10,000?m events, making headlines worldwide. Their coach attributed their performance to cordyceps powder, and the â€œzombie wormâ€ has caught the attention of the athletic world ever since. Lab studies show that cordyceps promotes aerobic performance. So if youâ€™re looking to improve your numbers at the gym, try using a cordyceps powder blend in your daily smoothie or health shake.

According to recent studies, as well as centuries old anecdotal evidence, cordyceps possesses a host of potential health benefits when consumed in a pill or powdered form. In the villages of China, cordyceps is marketed as an aphrodisiac. Researchers have studied the effects of cordyceps on sexual performance and found a strong correlation linking cordyceps with libido support. It may also help temporarily relieve symptoms of erectile dysfunction. Studies are also being done to understand the benefits of using cordyceps powder to combat the signs of aging, supporting mental clarity, energy, and stamina. The University of Michigan supports evidence that cordyceps may be a powerful player in supporting liver health, particularly in patients suffering the side effects of Hepatitis B.

Are you ready to try cordyceps for yourself? If so, check out one of the many products containing cordyceps available from Natural Healthy Concepts, such as Menâ€™s Pure Pack by Pure Encapsulations. Each packet delivers omega-3s, CoQ10, saw palmetto, cordyceps powder, and lycopene for optimal health support. You may also want to try Perfect Food Energizer Green Powder from Garden of Life. Each scoop targets your bodyâ€™s power source and encourages it to sustain energy throughout the day. It is charged with essential nutrients, including chlorophyll, beta carotene, B vitamins, raw cordyceps powder, minerals, protein, and amino acids. Also check out Pure Synergy Superfood Powder from Pure Synergy, a formulation that expertly blends over 60 ingredients, including cordyceps powder, for full-spectrum nourishment.

Have you used cordyceps powder to promote your workout or enhance your natural healthy lifestyle? If so we would love to hear about it in the comments section below.