You are here: Home › Our Blog › 6 Cordyceps Benefits for Your Health
By Theresa Groskopp, CN on June 19, 2018 in Health Challenges, Health Tips, Nutrition Supplements 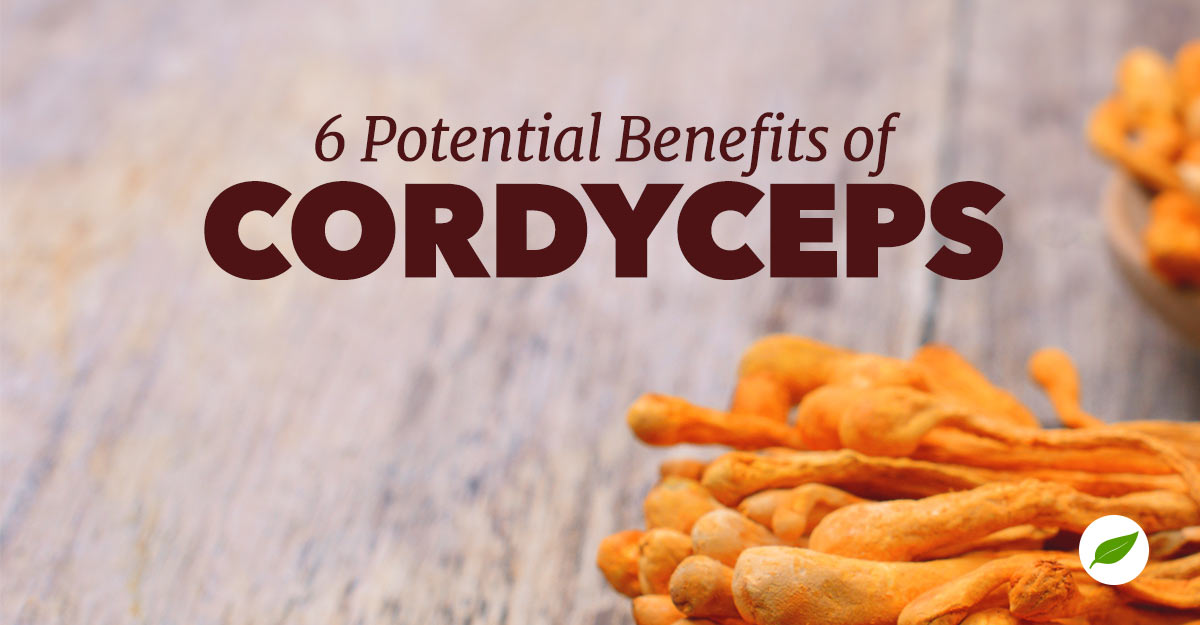 In the high mountain regions of China and the Himalayas grows a rather unusual species of fungus known as cordyceps or Cordyceps sinensis. One item that distinguishes this fungus from other fungi is the odd way in which it grows. It begins its life cycle as a parasite, making a home for itself on the backs of unsuspecting caterpillars. As it grows, it slowly takes over the caterpillar and eventually plants itself in the ground. Ancient healers believed in the power of this unusual fungus as medicine often using it on its own or combining it with other plants. And donâ€™t worry, the cordyceps commercially available today isnâ€™t produced on the backs of caterpillars, but rather in a lab, so no caterpillars die in the making of your supplements. Read on to learn more about 6 potential cordyceps benefits to your health in this blog post!

Potential Cordyceps Benefits You Should Know

Research into cordyceps shows that there are more than 20 bioactive ingredients at work in this fungus, all of which stimulate cells and specific body chemicals. Here are a just few of the well-studied, potential benefits of taking cordyceps.

01. May Increase Stamina & Endurance
Some athletes swear by using cordyceps to boost their performance on the track, in the pool or wherever they need extra focus and energy. Itâ€™s perfectly legal and wonâ€™t set off any bells or whistles when it comes to drug testing. A study of mice in China showed that when given cordyceps they were able to swim longer and harder than mice given only the placebo.

02. May Support Healthy Aging
According to research out of China: â€œThe most bioactive components extracted from cordyceps, such as cordycepin, cordycepic acid, and CP have anti-aging and sleep regulating effects.â€ The antiaging components of this supplement include helping to support a healthy immune-system, warding off free radical damage and helping support cognitive function as well.

03. May Support Restful Sleep
The chemical makeup of cordyceps is similar to adenosine, which can help regulate healthy sleep cycles. Cordyceps acts on adenosine receptors and may assist with â€œthe regulation of sleep and hold promise for a new class of compounds as potential agents in the treatment of sleep disorders, such as insomnia.â€

04. May Support Reproductive Energy
For over 5,000 years, Chinese healers have recommended cordyceps for couples looking to increase their libidos or combat the effects of erectile dysfunction. This is one of the many ways that using cordyceps may help retain a youthful energy and combat the effects of aging in many areas of life.

05. May Support Liver Health
Chronic illnesses can wreak havoc on the health and function of the liver, and some practitioners have had success using cordyceps to restore balance. Scientists report that â€œcordyceps may stimulate the immune system and improve serum gamma globulin levels in hepatitis B patients.â€ Additionally, potential cordyceps benefits include supporting against â€œnephrotoxicity (kidney damage) in kidney-transplanted patients.â€

06. May Support Blood Balance
One of the most ancient uses of cordyceps centers around restoring balance to the blood stream by maintaining healthy cholesterol levels already in the normal range and regulating blood sugar. It has been shown to have an antihyperglycemic effect, which is a key component in regulating glucose levels.

Ready To Implement Cordyceps Into Your Supplement Routine?

If youâ€™re ready to give cordyceps a try for yourself, look into these helpful supplements from Natural Healthy Concepts.

Mushrooms & Herbs Cordyceps+ from Gaia Herbs supports the body’s ability to manage fatigue and promote healthy energy levels. This blend uniquely combines two of the best-known adaptogens, cordyceps and ashwagandha. It also contains fermented ginger root as a warming herb that acts as a bioenhancer.

Cordyceps CS-4 Strain from MRM is an organic, natural energizer that supports immune and respiratory health, as well as stamina and endurance.

Health Guard Cordyceps from Pure Essence Labs is is a dietary supplement containing 1000 mg of organic cordyceps extract per serving. Rich in beta-glucans, this supplement provides a full spectrum of phytochemical nutrients and more.

Have you experienced cordyceps benefits firsthand? Share your story with us in the comments section below!

4 Reasons to Try Garlic Supplements with Allicin
What is Cordyceps and Why Should You Try It?

One Response to 6 Cordyceps Benefits for Your Health