You are here: Home › Our Blog › Cascara Sagrada Benefits to Your Digestive Health
By Theresa Groskopp, CN on July 11, 2018 in Health Challenges, Health Tips, Nutrition Supplements 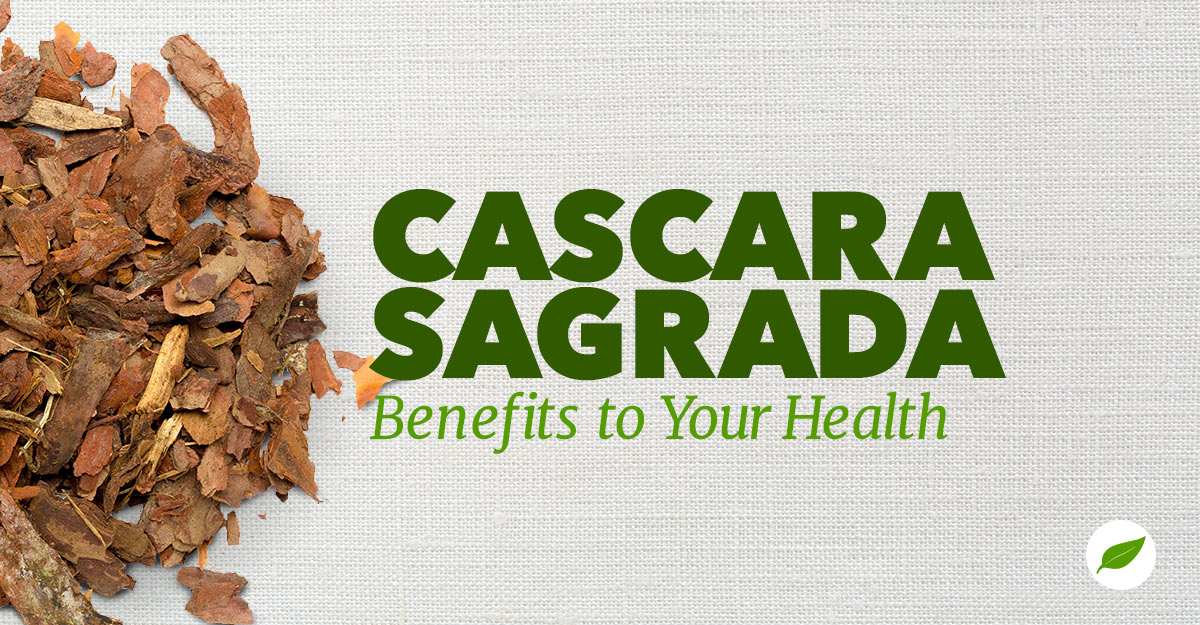 Talking about bowel health is never a popular topic. After all, who really wants to talk about how many times a day they use the bathroom? But the truth is, the digestive system is one of the most important parts of your body, and when itâ€™s working properly, chances are that the rest of the body will be set up for success too. Many herbalists believe cascara sagrada benefits gut health. Read on to learn more!

For hundreds of years, cascara sagrada has been a natural herb used to support healthy bowel function. Made from the bark of the California buckthorn, a tree found in the northwestern U.S., records of cascara sagrada date back to the 1800s when it was used by Native American tribes and Spanish and Mexican priests as a natural laxative. In fact, â€œcascara sagradaâ€ actually means â€œsacred barkâ€ in Spanish, likely due to its ability to provide temporary relief from constipation and other digestive issues.

While there is a wide range of potential benefits when using cascara sagrada on a regular basis, its promotion of a healthy digestive system is its most well-known function. Here are three ways cascara sagrada can help supplement your digestive health.

01. Promotes Colon Health
Also known as the large intestine, the colon is one of the bodyâ€™s most important organs when it comes to healthy digestion. As food and nutrients move through the body, the small intestine absorbs all the good stuff before moving the rest along to the colon. Here, water is absorbed and bacteria in the colon breaks down the remaining materials and sends them along to the rectum for waste disposal. For those who may have a sluggish colon or regular bouts of bloating or constipation, cascara sagrada may be a valuable resource. Known as a tonifying herb, cascara sagrada may help strengthen the muscles in the colon to support healthier detoxification. It is also known as a colon cleansing herb, which means it can help your colon stay clean and ready for action whenever itâ€™s needed to process nutrients and waste.

02. Provides Temporary Relief from Symptoms Related to Constipation
For many people, cascara sagrada acts as a stimulant laxative, helping intestinal muscles to contract and move particularly stubborn stool through the bowels. Native Americans, early American settlers, and Spanish priests regularly used this naturally-occurring herb for constipation and bowel discomfort, hence its name as â€œsacred bark.â€ Today, cascara sagrada is found in many over-the-counter constipation remedies and because it is relatively mild, it is also safe to use for those in the elderly population.

03. Supports Regular Bowel Movements
Just as cascara sagrada can help move stool through the bowels when you are constipated, it can also help keep you regular and healthy. The bark that cascara sagrada is made from contains chemicals called anthraquinone glycosides that give it its color and its laxative effect. These chemicals react with bacteria in the intestines to stimulate the bowels. In this way, cascara sagrada is sometimes used not just to support digestive function, but also as a dietary supplement. Cascara sagrada is also used in the traditional medical field to prepare the bowels for colonoscopies or other intestinal procedures.

Side Effects of Cascara Sagrada

Of course, no supplement comes without a disclaimer, and while herbs like cascara sagrada have even less of a likelihood of side effects, there are some precautions that should be taken. Women who are pregnant or breastfeeding should not use cascara sagrada, and for those who do use it, unlikely side effects may include abdominal cramping and loss of electrolytes. As with any supplement introduced into your body, experiment with cascara sagrada in small doses at first, and if you experience any adverse side effects, take a break and talk to your doctor.

How to Get Cascara Sagrada

The most common way to experience the full range of cascara sagrada benefits is in capsule or pill form. Natural Healthy Concepts has a few varieties you can try from Oregonâ€™s Wild Harvest, Solaray and NOW Foods. Lucky for you, cascara sagrada capsules are also surprisingly inexpensive â€“ less that $10 will get you a month-long supply of healthy bowel promotion. Discover for yourself how cascara sagrada can supplement your digestive health today!

Have you experienced cascara sagrada benefits for yourself? Tell us your story in the comments below.