You are here: Home › Our Blog › Cardiovascular Health & Ubiquinol
By Theresa Groskopp, CN on June 3, 2013 in Health Tips 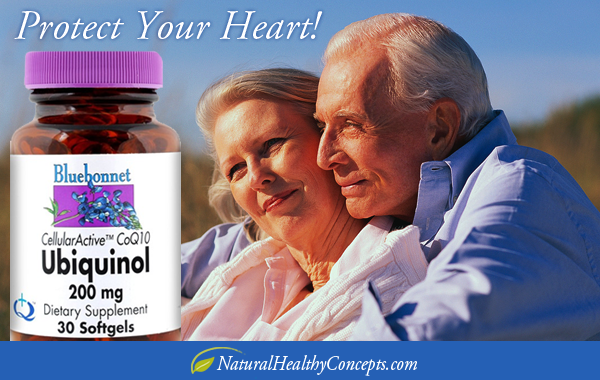 Cardiovascular diseases like a stroke or heart attack are two of the main contributors to death in early adulthood across the globe. A heart attack is the number one killer in the United States. Cardiovascular diseases are due to multiple factors that culminate in inadequate blood supply to organs and failure of the heart to pump effectively among a host of other effects. Prevention is undoubtedly the best cure and cardiovascular health requires multiple approaches â€“ in diet, lifestyle and medical care.

With advances in medical science, a better understanding of the biochemical processes that contribute to cardiovascular diseases has opened the avenue for more definitive preventative measures. Maintaining a healthy body weight, reducing the intake of saturated fats, exercising regularly and frequent medical checkups are indispensible measures in maintaining cardiovascular health. These measures are broadly known as modifiable risk factors because it can be changed, unlike with genetics. Micronutrients are also known to play an integral role and may in fact be as important as other preventative measures.

One such micronutrient is coenzyme Q10 (CoQ10), which has become somewhat synonymous with maintaining cardiovascular health. Numerous studies have shown that Ubiquinol (the reduced form of CoQ10) can help the heart and blood vessels in a number of ways. Ubiquinol has been shown to increase the heartâ€™s ejection fraction which is a measurement of the heartâ€™s strength.

Ubiquinol Is a Form of CoQ10

Ubiquinol (http://ubiquinol.org/supplement-info) is the reduced form of CoQ10. It is a potent antioxidant that is more readily absorbed into the system. Traditional supplements deliver CoQ10 in its oxidized form known as ubiquinone. While this is still the same important nutrient, ubiquinol is the preferred form of CoQ10 for a number of reasons. Apart from being produced within the body, CoQ10 is also sourced from various foods, particularly animal products.

Around the age of 30, the natural CoQ10 levels decrease and continue to diminish with advancing age. Interestingly, cardiovascular conditions become more common after the age of 30. Diet, lifestyle and genetics are the major contributing factors. But up until recently, CoQ10 was largely ignored for its role in cardiovascular health.

The exact mechanism by which ubiquinol protects the cardiovascular system is not fully understood. Various studiesÂ have shown an improvement in heart health with ubiquinol supplementation and a lower incidence of side effects from drugs used to treat cardiovascular diseases. As an antioxidant, ubiquinol protects the cells against free radical damage, a part of oxidative stress. Free radicals are constantly being produced in the body and have to be neutralized to limit it deleterious effects.

The heart has the highest amount of Ubiquinol. A decrease in ubiquinol levels means that heart muscle cells have less energy to function optimally. Similarly free radical damage may be responsible for the initial injury to the inner linings of arteries. Subsequently fatty plaques form in the arterial walls thereby leading to narrowing â€“ a condition known as atherosclerosis. Since a heart attack and stroke, the major cardiovascular conditions, primarily develop due to atherosclerosis of respective arteries, preventing fatty plaque formation is an important step in maintaining cardiovascular health.

Widespread research encompassed in a host of different studies has verified the clinical relevance of CoQ10. With ubiquinol now being available, it is the preferred form for supplementation in the effort to support heart health.

Learn more about cardiovascular health and how to purchase Ubiquinol at Ubiquinol.org