You are here: Home › Our Blog › Can Wearing a Bra Really Be Bad For Your Health?
By Ashley Steinbrinck on January 31, 2015 in Health News, Health Tips 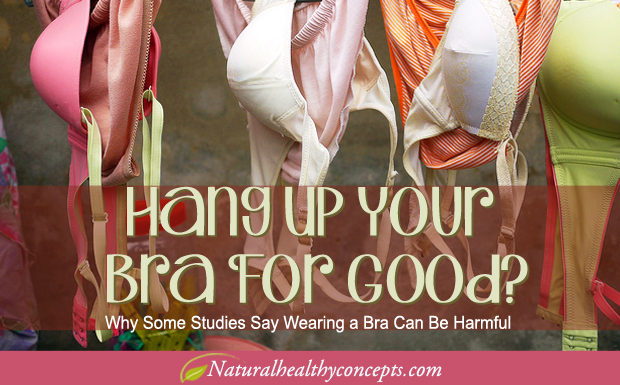 Well here’s an idea some men might really enjoy…

But all jokes aside – going bra-less may actually be better for you!

Breast cancer is the most common cancer among women in the world killing at least 40,000 of us each year. On the bright side, there are plenty of things we can do that may helpÂ prevent breast cancer. The Vitamin D Council says making sure your D3 levels are up to par can reduce your risk by 30%.

And simply eating clean can limit toxins in your body and support natural detoxification.

But, what if something as simple as taking off your bra, and avoiding an underwire, could cut your breast cancer risk in half?

A study published in the European Journal of Cancer found that, “Premenopausal women who do not wear bras had half the risk of breast cancer compared with bra users.”

I guess there’s nothing wrong with being safe instead of sorry. AsÂ Louise Kuo Habakus wrote in her article,Â Ladies, Ditch the Bra, for GreenMedInfo, “There’s no downside to being cautious.”

So ladies, here is some food for thought that may help you decide whether you want to ditch the bra… 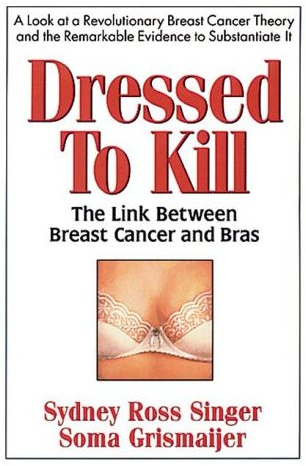 Some of the most popular evidence that supports a bra-less lifestyle was presented byÂ Medical anthropologists, Sydney Singer and Soma Grismaijer. They published a book called, Dressed to Kill: The Link Between Breast Cancer & Bras,Â which explains their theory on how bras suppress the lymphatic system and cause toxins to build up in breast tissues, leading to many health problems.

After studying more than 4,000 women, the authors concluded that women who do not wear a bra have a much lower risk of breast cancer.

Here are some of their findings: (source)

So, based on this study, even if you wear your bra for less time during the day, you’re doing yourself a favor. One of the first things I do when I get home from work is ditch my bra and get comfy.

I would feel “naked” walking around without a bra in public. We women have to deal with the embarrassment that society puts on us for having erected nipples and/or saggy breasts. But maybe it’s time to say the heck with what other people think! Especially if it makes such a difference to our health.

A recently published French study taken over a 15-year span, proved breasts actually gain more tone and support if no bra was used. They concluded that bras are useless and can even do damage.

I read a studyÂ that showed 80% of women are walking around in the wrong size bra.

Michael B. Schachter, M.D., F.A.C.A.M., explained the effects that bras have on our lymphatic drainage.

In his article on The Prevention and Complementary Treatment of Breast Cancer he says,

“Over 85 percent of the lymph fluid flowing from the breast drains to the armpit lymph nodes.Â  Most of the rest drains to the nodes along the breast bone.Â  Bras and other external tight clothing can impede flow. The nature of the bra, the tightness, and the length of time worn, will all influence the degree of blockage of lymphatic drainage.Â  Thus, wearing a bra might contribute to the development of breast cancer as a result of cutting off lymphatic drainage, so that toxic chemicals are trapped in the breast.”

One example of a toxin that can get trapped is aluminum from your deodorant. That’s probably why you’ve heard things about how your deodorant causes cancer. You can find out more about that in our article on 9 Natural Ways to Avoid Armpit Sweat & Stains.

Whether you decide to ditch the bra or not, it seems to makes sense that you’d at least take it off when you sleep.Â And, be sure the one you do wear fits you the way it should.

If you’re crafty, or know how to sew, check out this Bra Makers Supply resource. You’ll find everything you need to make your own bras!

If you’re more into buying something that’s already been made for you, check out The Bra Lady’s website. Linda is a bra fitting expert, and besides being able to purchase wire-free bras, she provides a bra size calculator and bra problem guide – among other helpful resources including reasons not to wear an underwire.

You could also try one of those camisoles with a built in bra, or simply wear a beautiful scarf if you choose to go bra-less.

Take a look around Natural Healthy Concept’s Breast Health category for supplements and breast oils that may benefit your health.

is among the popular and highly-rated. It can support detoxification and protect breast tissue and a whole lot more.

Self lymphatic massage is such a beneficial thing for women to do!

Doing a lymphatic massage every day not only moves the lymph, women find that it reduces breast pain, inflammation, lumps, cysts, fibrocystic breast tissue, relieves PMS breast symptoms, and even reduces fear of having breast cancer.

5 Responses to Can Wearing a Bra Really Be Bad For Your Health?