You are here: Home › Our Blog › Why Has Burbur Detox Become So Popular?
By Jackie Peters on October 7, 2016 in Health Challenges, Health Tips, Nutrition Supplements 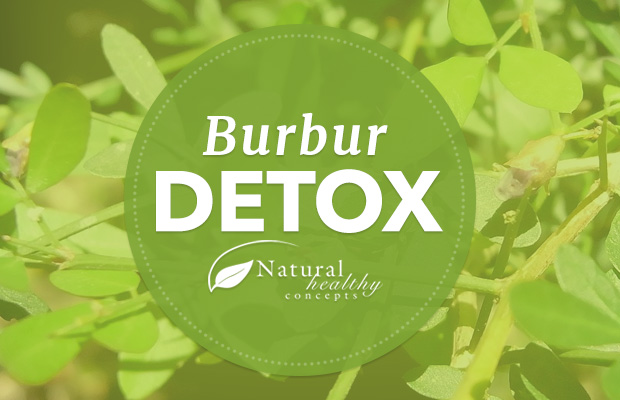 Have you ever experienced Herxheimer reactions? It may have happened when you were on a strong dose of antibiotics. Flu-like symptoms like fatigue, headache, body aches, joint and muscle pain, nausea, chills, sweating, brain fog or general malaise suddenly overtake you. It is an uncomfortable occurrence.

Why does this happen? As fungus and bacteria cells are rapidly killed, the die-off results in increased metabolic waste being released in the body. This is due to the fact that these cells release various toxins when they die. As a result, the liver, the main pathway for eliminating toxins, can become overwhelmed. The resulting symptoms can last anywhere from a few hours to a couple weeks.

The individual can often play a role in determining how long the reaction lasts depending on their ability to remove these endotoxins. So, how does one promote this detoxification process naturally? 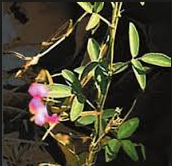 You may have heard the term “burbur detox” lately, especially in the context of die-off reactions. Burbur Detox is actually the name of an all-natural herbal supplement that’s made by NutraMedix. It contains burbur leaf extract, which is derived from the leaves of the Desmodium molliculum plant, a perennial herb native to Peru.

Though scientific research is still underway, burbur, or manayupa, has been used traditionally for its body cleansing properties, stomach, kidney and unhealthy internal response issues, and supporting the blood purification process in the body.

Burbur is believed to work by supporting the normal flow of lymph, so the toxic results of die-off can efficiently be eliminated from the body.

Burbur Use in the United States

Burbur is being used more commonly in the United States for detoxification purposes these days. It has become popular with people who have issues with fungi or pathogens (particularly the tick-borne Borrelia burgdorferi) in their bodies to support their natural detoxification processes and, thereby, positively affect the intensity and duration of herx symptoms.

This process is explained well here:

There is a quantum physical abnormality that occurs in tissues that get toxin overloaded, and when this happens, lymphatic drainage, venous outflow from tissues and capillary inflow into tissues all drop off dramatically. As a result, tissues become starved for oxygen and get overloaded with toxins very quickly. â€¦Â  Burbur and parsley are imprinted with energetic frequencies that help the body to deal with this,” states Connie Strasheim in her book, Insights into Lyme Disease Treatment. 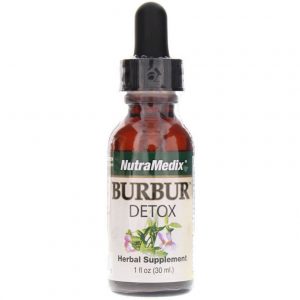 Burbur Detox, a whole-plant, broad-spectrum, herbal tincture, is designed to support the detoxification processes in the kidneys, liver and lymphatic system. It is vegan/vegetarian and made in the USA. This burbur leaf extract is made using a proprietary “extraction and enhancement” process that preserves its active ingredients and supports bioavailability. It seeks to provide the body with the nutrients it needs to support the liver in eliminating endotoxins from the body, particularly during a vector-borne bacteria die-off. It is also used to support the removal of other toxic chemicals, herbicides and pesticides.

NutraMedix lists its primary uses as:

Some herbalists recommend taking Pinella Brain and Nerve Cleanse with Burbur Detox to take advantage of their synergism. Burbur is also commonly used in conjunction with microbicidals produced by NutraMedix like Cumanda, Quina and Samento.

Have you used burbur to support natural detoxification? Tell us about it in the comments section below!

2 Responses to Why Has Burbur Detox Become So Popular?