You are here: Home › Our Blog › Brendan Brazier – Providing Plant-Based Nutrition for the Toughest Athletes
By Theresa Groskopp, CN on February 3, 2015 in Natural Health Heroes 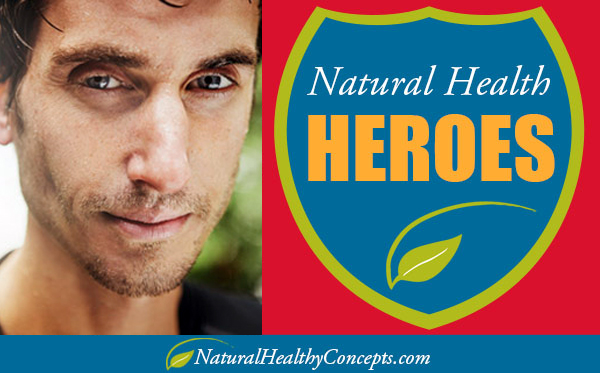 He’s a former professional Iron Man competitor and author who has enlightened many people with his eye-opening philosophies on better nutrition.

He’s got the body of a Greek god, the mind of a scientist and the heart of a champion. And he has some very valuable advice for athletes as well as just about anyone who wants to start eating right.

Brendan Brazier’s journey to becoming a Natural Health Hero started when he was participating in high school track. 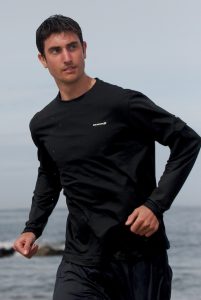 In a 2012 presentation at Tedx Fremont (see the full video below), Brazier recalls how, as a teenager, he loved running so much that he made the decision to try and compete at a professional level.

So he set out to discover what he needed to do to become a better athlete.

As he examined the training programs of top athletes, he realized their routines weren’t much different from how he trained, or anyone else for that matter. The difference seemed to be in the time between workouts – the recovery time.

The next conclusion young Brendan came to was that good nutrition was the most important key to speeding recovery.

“There’s massage, there’s light training, there’s stretching, there’s yoga. There’s all these things that are great. But nutrition…I found that good nutrition was the thing that really made the huge difference in recovery.”

As a high school athlete, Brendan started making changes to his diet, changes that even his coach was skeptical about. He experimented with lots of different methods: high carb and low carb, high protein and low protein. But today – he’s one of the most outspoken vegans in America.

So what did he discover?

These Thrive principles suggest that focusing on a plant-based diet helps your body create energy more efficiently. The following points are the foundation of Brendan Brazier’s nutrition philosophy.

Maybe you’ve heard that it’s all about calories in versus calories burned. Brazier says that’s oversimplifying things because not all calories are created equal.

High net gain nutrition means choosing to eat foods that take less energy for your body to digest and use, while also giving you more nutrition.

One mistake Brazier made early on was assuming that because calories are a measure of energy from food then the more calories he ate the more energy he’d have. But most of us have felt that sluggish feeling after eating an unhealthy, high-calorie meal of fast food. So that way of thinking doesn’t make sense.

We feel tired after eating junk because our bodies are working overtime to digest the food. On top of that, while there are plenty of calories, there may not be many nutrients in those calories. Frazier says what we eat is more important than we realize.

“It’s not calories. It’s not food volume. It’s not mass. It’s nutrients: vitamins, minerals, phytochemicals, antioxidants – all these things that we need… So I made the switch from eating lots of starchy refined foods that have very few nutrients and are hard to digest…to foods that are high net gain.”

For plant-based energy, Brazier suggests fruits, which provide carbohydrates that are easier for your body to use and packed with different micronutrients, as well as so-called pseudo-grains like quinoa.

If you’re like me, you wake up every morning craving a cup of coffee. Brazier says that’s a sign something could be wrong with your nutrition and your stress levels.

Too many Americans have become dependent on stimulants – like caffeine, sugar and nicotine. Those things can do the job, but the effects don’t last long, we can become dependent and it’s just not healthy.

Brazier says another important step is reducing “nutritional stress.” In his Tedx Talk, Brazier explains that all types of stress have the same effect on our body. When we are stressed (by work, by family, because of poor nutrition or from over-exertion) the stress hormone cortisol is released. Then we often fail to sleep deeply enough to get the rest our bodies need.

So we feel tired all the time. Then we start using those stimulants to help us get through the day. It becomes a vicious cycle. But it seems hard to reduce stress because we can’t quit our jobs and leave our families. However – we can change our diets.

Brazier claims that 40% of Americans’ stress can be attributed to poor nutrition!

During training, Brendan found that he was gaining weight even though he was eating fewer calories and working out more. An expert told him this was likely “hormonal injury.” The physical stress he was putting his body through was causing elevated cortisol levels, which made him gain weight.

Brazier says you need to look at yourself as a whole person with emotional and mental concerns, because you’re not just as a machine processing calories…

“You may need to take a step back, stop exercising for a bit, really clean up your diet – plant-based, nutrient dense, whole food diet. Bring down your stress. Reintroduce the exercise and you’ll tone muscle very quickly when that hormonal injury goes away.”

Brazier says a lot of the food Americans eat is acid-forming. That includes, soda and fast food, synthetic vitamins and drugs, meat and dairy.

Our bodies pull calcium from our bones to offset that acidity. Over time, this can cause your bones to become weak. Greens as well as many other vegetables and fruits are alkaline-forming foods that can offset that problem. But it’s not the only thing healthy food can do for you…

What is just as important is the idea that alkalizing foods can reduce inflammation in your body. When muscles are inflamed or swollen from intense workouts – it makes it harder to move and harder to exercise. But reducing inflammation makes muscle contractions easier. Less inflammation means less energy is needed to make your body move.

Brazier works with strength athletes as well as endurance athletes (and even NASCAR drivers). He helps them with nutrition – not their workout routines. But he says the physical trainers for these individuals are often amazed that the athletes start being able to do more and more after they change their diets.

The Rest of Brendan Brazier’s Story 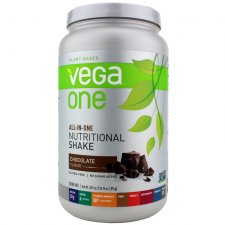 Thankfully – for athletes and health-conscious people everywhere – Brendan Brazier didn’t keep his methods to himself. Quite the opposite, actually.

Brendan recognized a need for not only the kind of eating habits he’d developed, but also for products that everyone could use with ease. People needed a different kind of “fast food.”

After spending years perfecting his own plant-based diet, he teamed up with Charles Chang of Sequel Naturals to create a product based on the drink Brendan Brazier had been using since the early 1990s.

That first product has grown into an entire line of Vega offerings – including the Vega One line and Vega Sport.

More than just the face of Vega, Brazier is directly involved with the formulations. He remains loyal not only to his nutritional ideals, but also to seeking out environmentally-friendly ways of formulating and manufacturing Vega products. As he says…

“In fact, formulating Vega Products is when I began to realize how tightly personal and environmental health was intertwined.”

Brazier has authored three books: The Thrive Diet (2007), Thrive Fitness (2009), and a recipe book called Thrive Foods (2011). Find out more about the Thrive books on his website.

You can find many of the top Vega products available at Natural Healthy Concepts. Plus, you’ll enjoy free shipping to any address in the U.S.

Shop for these Vega Products and More at NHC Right NOW! 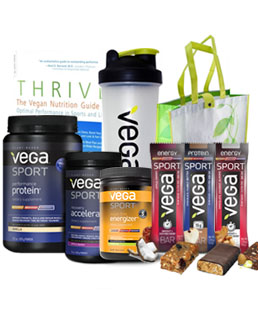