You are here: Home › Our Blog › Potential Black Cohosh Benefits: Menopause, Estrogen, and More
By Theresa Groskopp, CN on March 14, 2018 in Health News 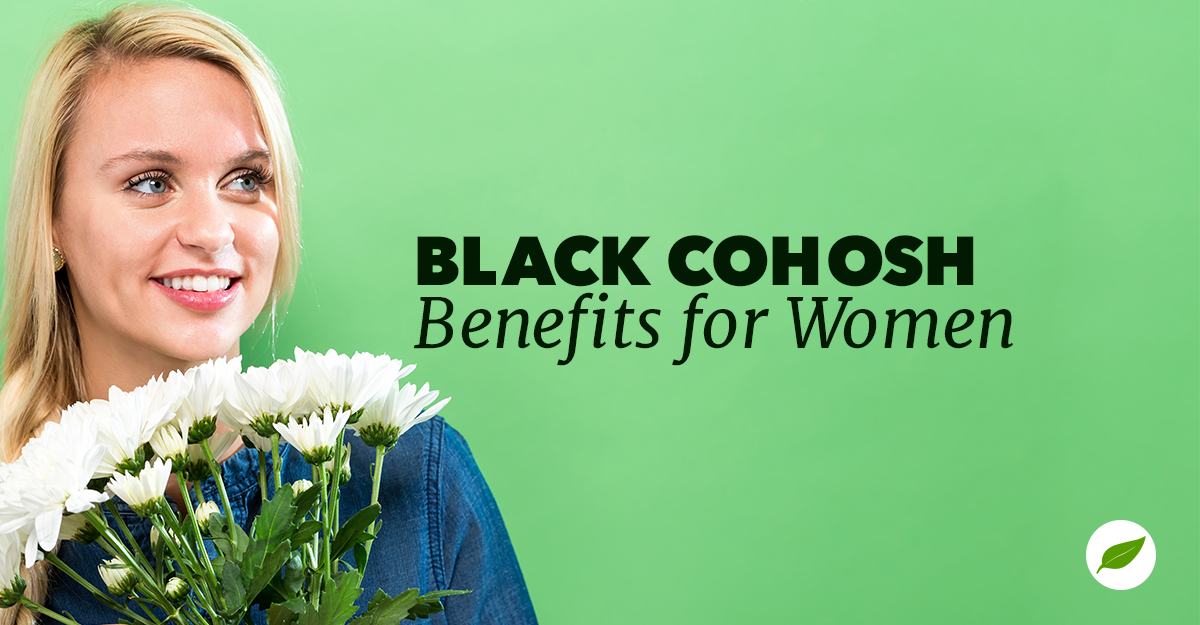 If you are not a traditional healer, you probably donâ€™t have a long relationship with Black Cohosh benefits. This perennial plant root has been used by Native American physicians since before recorded history, and many of its uses are now being evaluated by modern science. Black cohosh has been recognized as medicine by German regulatory bodies and is sold there for many different physical complaints. In the rest of the world, it is available as a supplement, and if youâ€™re in North America, it may grow rightin your backyard.

Black cohoshâ€™s natural range sweeps through North America from Canada down into the American South and Midwest. Itâ€™s no wonder that ancient civilizations noticed black cohosh, as it grows two or three feet above the ground in large cluster bunches of white flowers. In nature, the black cohosh plant has a distinctively unpleasant taste which insects seem drawn to. It was only a matter of time before people began to experiment using the plant.

Native medicine observed and noted that black cohosh may have an influence onÂ pain, menopausal symptoms, cough, fever, and fatigue. These same potential benefits of using black cohosh have been suggested in studies that originate in Germany, where black cohosh is now used for menstrual irregularities.

Potential black cohosh benefits, historical and potential, have also been studied in the United States. Some studies have identified some factors in black cohosh that this herb does have an effect on menstrual symptoms, and the root can even be used to produce uterine contractions or induce labor. Surprisingly, these results have not been shown to be due to black cohoshâ€™s effect on estrogen production. Instead, the potential black cohosh benefits seem to be related to the way the body processes serotonin. Some of these studies suggest that black cohosh may have a desirable effect on bone density as well, which may be of interest to the same women who seek it out for menopausal symptoms.

If youâ€™re interested in trying black cohosh for any reason at all, it is available as a supplement and from online sources. With many herbal supplements, physical and mental effects may be very slight or even unobservable in the days and weeks that follow the beginning of a new regimen. This isnâ€™t the case with black cohosh. Anecdotal reports indicate that users tend to notice a difference in the way they feel very soon after beginning to take this natural supplement.

In great enough doses, negative symptoms may emerge, some due to weight loss, others to digestive issues, and still others to the userâ€™s sense of wellbeing. If negative side effects seem to be taking place, the dosage taken is likely too high. If symptoms persist after lowering the dose, itâ€™s usually a good idea to talk to a physician or to stop taking the supplement entirely. However, if the supplement seems to work for you and you notice important changes you havenâ€™t been able to get from other medicines, you may have found a natural ally that has been used for countless generations to achieve the same effect you are currently enjoying.