You are here: Home › Our Blog › The Best Chyawanprash Regimen for Mind and body
By Theresa Groskopp, CN on September 22, 2017 in Health News 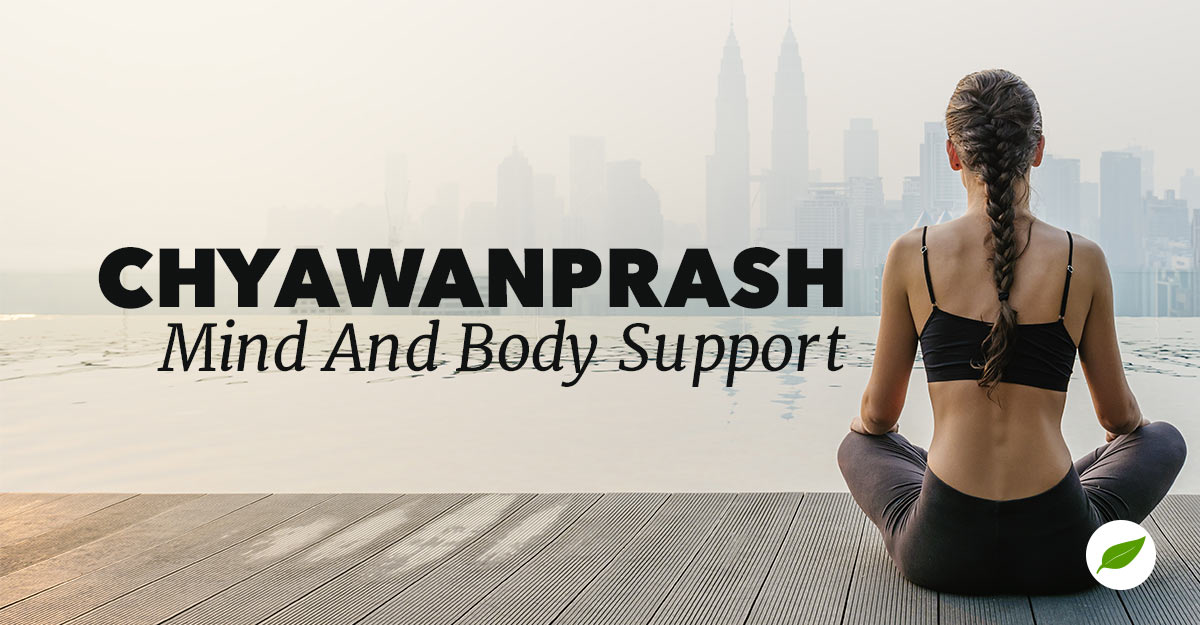 Ayurveda is a complementary medicine tradition which originated in Southeast Asia more than two thousand years ago. The teachings and practices of Ayurveda are recorded in a series of ancient Sanskrit scriptures. In these pages, a tale unfolds about how the gods taught medicine to human sages. With this divine knowledge, the learned physicians were able to teach their followers how to achieve an internal balance of mind and body.

Ayurveda is still practiced today, in Asia, the United States, and all around the world. Ayurveda remains true to its ancient roots. Many of the medicinal foods mentioned in its classic texts are still prepared just like they were thousands of years ago. Chyawanprash is one of the best examples.

Our readers will likely know that chyawanprash is a jam made from honey, Indian clarified butter (ghee), and dozens of medicinal herbs and spices. Chyawanprash can be prepared at home, or ordered from a trusted supplier.

Getting the Most Out of Chyawanprash

Chyawanprash shows great promise as a dietary supplement, but it is important for users to realize that ancient people would never have taken chyawanprash in isolation. Ayurveda prescribes not just medicine, but exercises and spiritual practices to go along with it. Many of these mirror health practices respected in other traditions known around the globe.

The modern world has accumulated medical knowledge from countless sources. We are now able to verify the value of fundamental Ayurvedic traditions through the lens of modern science. Here are some of the most potentially beneficial practices to accompany the eating of chyawanprash. The best chyawanprash potentiality may be unlocked with the help of these exercises.

Massage – Ayurvedic Acupressure and other forms of massage have been prescribed by scriptures and sages for centuries. Ayurvedic texts claim that these messages promote circulation within the tissues. Ayurveda makes similar claims about the effects of chyawanprash, which is said to affect dietary absorption through circulatory support. This point has been examined by science, which indicates that circulation and nutrient absorption may indeed by positively affected by chyawanprash.

Walking – Ayurveda is known for recommending mild exercises, practiced daily for a lifelong benefit. Walking is one good example, which is said to promote general wellness and longevity. Chyawanprash ingredients are said to provide similar benefits. One modern study vindicates this perspective, describing chyawanprash as a general tonic and â€œstrength giverâ€.

Lifelong Learning – The benefit of ongoing mental stimulation throughout life is well known. Chyawanprash has been shown to promote youthful memory and overall cognitive function during lab studies, and similar claims have been made about its effect on humans throughout Ayurvedic history. For people committed to lifelong learning, chyawanprash may be a helpful ally.

Breathing Exercises – Many Eastern traditions recommend various breathing exercises, for health in body and mind. Ayurveda is no exception, and it prescribes medical foods to help in this regard. One of the best chyawanprash potential effects is lung health support. This seems to be verified by recent scientific findings, which show that chyawanprash may indeed benefit lung health, just as the ancient scriptures said.

Ayurveda may seem exotic and unfamiliar to western people, but many of its practices are shared by traditions around the world, ancient and modern. Few will argue that these practices arenâ€™t valuable. Combining them with the best chyawanprash regimen for general wellness, they practices may help unlock this medicinal jamâ€™s greatest potential benefits.