You are here: Home › Our Blog › Can BCM-95 Curcumin Help With Depression?
By Jackie Peters on February 13, 2017 in Health News, Nutrition Supplements 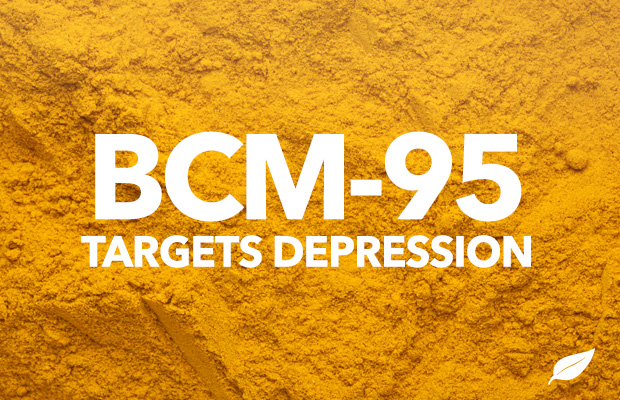 Curcumin is a biologically active compound that is found in the rhizome of the turmeric plant. This polyphenol has been extensively studied for decades and has shown therapeutic potential against a number of human diseases. However, curcumin’s poor bioavailability has been a longstanding limitation when it came to therapeutic use. Then, BCM-95 curcumin was developed and, boy, did it change things!

The name BCM-95Â®, a registered trademark of Dolcas-Biotech, is the shortened version of its trademarked moniker, Bio-Curcu-Max. The “95”â€™ refers to the patented composition of this curcumin and essential oil complex mixture: 86% curcuminoids, plus 7-9% essential oils. BCM-95 is labeled a 100% natural, high-potency turmeric extract that is free of harmful solvents, excipients and carriers. It is manufactured by Arjuna Natural Extracts in India.

BCM-95 is a unique formulation because it has been able to overcome the problem of limited absorption. It is a synergistic blend of curcumin and turmeric essential oil. It is derived 100% from turmeric, so it is pure turmeric â€” no additional ingredients or co-factors.

An active compound in the turmeric essential oil, also found in the plant rhizome, called ar-turmerone seems to be key. The extraction process is also important because it maintains the true identity of the turmeric, while bringing together standardized curcuminoids (curcumin) and tumerones (ar-tumerone from turmeric essential oil). In combining the two compounds, major enhancements have been made in bioavailability and blood concentrations. In fact, studies and clinical trials have confirmed the roughly seven times greater absorption rate, as compared with the traditional curcumin formulas. 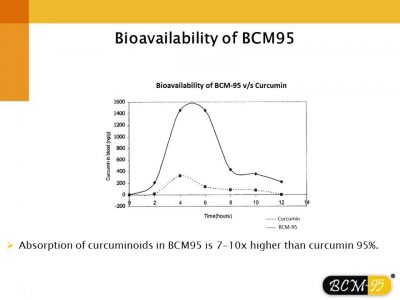 Scientists have been researching this compound in animal models and human clinical studies, particularly in the last decade, and have found that it has many health benefits. These include positive effects on:

A Closer Look at BCM-95 & Depression

A number of studies have had positive results in using BCM-95 for depression.

In a randomized, double-blind, placebo-controlled study, 123 individuals were allocated to one of four treatment conditions. It was concluded that differing doses of curcumin were effective in supporting healthy mood function. (Source)

Results of another clinical study published in the Journal of Affective Disorders in January 2017 showed that “BCM-95 targets anxiety and depression.” It suggests that turmeric extract “could support adults struggling with major depressive disorder and anxiety.” Read more about it here.

Life Extension reported on a clinical study published in Phytotherapy Research where a team of internationally recognized scientists found that “a specialized complex of curcumin fights the crippling effects of depression by attacking multiple underlying targets.”

The Natural Medicine Journal shared a 2014 randomized, double blind, placebo controlled studyÂ that looked at effects of curcumin in people with major depression and found that “BCM-95 curcumin not only benefitted patients with major depression, but also significantly enhanced antidepressant and anxiolytic efficacy in people with atypical depression, which is generally much harder to treat.” Read about it here.

Curcumin is believed to work through a variety of mechanisms, but there is not one or a combination that has been confirmed. Some of the possibilities include:

However, it is curcuminâ€™s anti-inflammatory activity that underlies many of the other health benefits.

As far as turmeric essential oil, research has begun on the group of molecules known as turmerones. It is uncovering a number of new impressive benefits that have not been seen before due to the exclusive focus on curcumin. The ar-turmerone certainly deserves further investigation and holds much promise.

We carry a number of Terry Naturally products here at Natural Healthy Concepts that contain the clinically studied BCM-95 curcumin.

Do you take a supplement that contains BCM-95? What are some of the health benefits you’ve realized? Please share your experience in the comments section below!