You are here: Home › Our Blog › How to Avoid Disease-Spreading Insects This Summer
By Theresa Groskopp, CN on June 6, 2014 in Health News 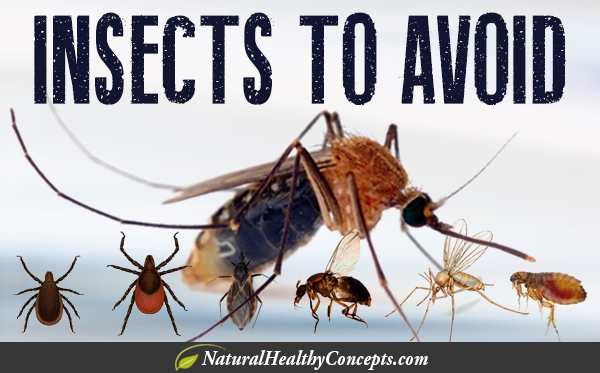 Lyme disease, West Nile Virus, Rocky Mountain Spotted Fever. Those are just a few of the diseases that can be spread by certain insects.

There’s much more to be concerned about besides itchy little bites on your skin. Protecting yourself from these bugs is important for the health of your entire family.

Yet you may also want to avoid potentially dangerous chemicals found in typical insect repellents.

Here’s a list of different insects that could be a problem and the best advice for keeping them away…or staying away from them. 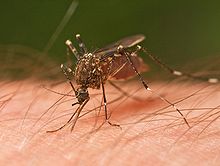 It’s no secret that mosquitoes can cause health issues.

In fact, these annoying insects are responsible for more than one-million human deaths around the world each year. Maybe you’ve traveled and had to take malaria pills to protect yourself.

While mosquitoes are fare less fatal in the U.S., and malaria isn’t much of a concern here either, West Nile virus and Lyme Disease are. Mosquitoes can also spread Dengue, Yellow Fever and various forms of Encephalitis to humans.

How to Avoid Mosquitoes

Mosquitoes are attracted to the smell of carbon-dioxide and lactic acid, which humans and other mammals emit. That’s how they find you. Common bug repellents do not actually repel insects as much as they help cover up your smell.

Interestingly – eating garlic may help mask your scent from mosquitoes. However, foods that are high in salt and potassium may do the opposite. These foods increase your lactic-acid off-gas.

Keep in mind that when you are highly active, you emit more carbon-dioxide and lactic acid. That means you could be attracting more mosquitoes.

Certain plants – including citronella, marigolds and catnip – can help keep mosquitoes away.

Dawn and dusk are the times of day when mosquitoes are at their worst. If you’re outdoors around sunrise or sunset, try to keep your skin covered. But also keep in mind that mosquitoes can bite through tight-fitting clothes. Research indicates they may also be more attracted to dark-colored clothing.

Try to get rid of standing water in your yard as these areas can become a breeding ground for mosquitoes.

Even small pools of water can breed thousand of mosquitoes. So you should empty out kids’ toys as well as garbage and recycling containers after the rain, and keep pet’s water dish fresh.

The biggest concern with ticks is the spread of Lyme disease. Deer ticks or black-legged ticks are the only species of tick that spread Lyme disease.

However, other types of ticks – such as common wood ticks – may carry other diseases. That includes Rocky Mountain spotted fever, babesiosis (Redwater Fever), ehrlichiosis (HGE),Â  and a potentially-fatal condition known as tick paralysis. Read about a Washington-state boy who recovered from tick paralysis in a 2008 story from the Seattle Times.

Tick problems tend to be regional. For instance, Lyme disease contracted from deer ticks is most-common in the Northeast and Upper Midwest. Rocky Mountain spotted fever, however, is a tick-borne disease in the Southeast as well as the Mountain region of the United States.

How to Avoid Ticks

Ticks are most commonly found in wooded areas as well as tall grass. When you’re hiking, you may want to stay on the trail. If you do step off into uncharted territory and find yourself covered in ticks – that’s obviously something you want to stay away from.

As with mosquitoes – wearing pants and long sleeves as well as lighter-colored clothes may help. And it looks dorky – but tucking your pant-legs into your socks could prevent ticks from crawling up from the dense underbrush where they lie in wait.

Washing clothes may not be enough to get rid of unseen ticks you picked up outdoors. But running clothes through the dryer on high heat should kill most ticks.

The best advice is to always check yourself for ticks after being anywhere that ticks are prevalent. Of course, you should check children and pets for ticks as well.

If you do find a tick, and it’s already attached, the best way to remove it is with a tweezers. Pull it straight out without twisting. This way the head remains attached and doesn’t stay under the skin. Removing ticks as soon as possible is crucial as Lyme disease typically does not spread until 36 hours after a bite. Make sure to wash the bite area and your hands after removing a tick.

For people who live in areas where Lyme disease is a concern, you may want to keep the tick to have your local health department check the insect for disease.

In your own yard, you can prevent ticks by keeping your lawn cut short and keeping play areas covered in wood chips rather than grass. Attracting birds to your yard could help too, because they eat ticks for lunch! 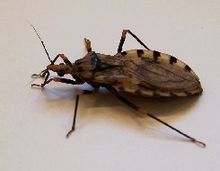 A newer health threat from insects comes from creatures known as Triatominae or kissing bugs. They may also be referred to as coneneose bugs.

These bugs can spread a parasite that causes an illness called Chagas disease. The CDC consider Chagas disease to be one of five Neglected Parasitic Infections (NPI), which the center has targeted for action.

Kissing bugs are bloodsuckers. They spread the parasite when they defecate on a host after feeding. If the insects feces are rubbed into the bite wound or another opening, an infection may occur.

Problems from kissing bugs are mainly concentrated to Latin America and in places where there is inadequate housing or unhygienic living environments.

While there have been only a small number of reported cases of Chagas disease in the United States, the CDC estimates 300-thousand Americans are infected with the protozoa they sometimes carry.

How to Avoid Triatominae

The best defense against conenose bugs is to have a well-sealed home. Most homes in the United States are constructed with plaster and weather sealant so that an indoor infestation of these insects would be somewhat unlikely.

Outdoors, kissing bugs may hide out underneath porches, cement or in cracks in housing. It is smart to remove or clean up things that could become a habitat for these disease carriers.Â  That includes wood and brush piles that are close to your house, outdoor kennels rodent nests.

If you think you have found one of these insects, do not squash it. Attempt to capture it in a jar of alcohol or freeze it. Then contact your local health department. 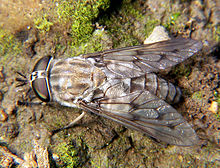 The common housefly doesn’t bite, but it can be a carrier of disease – mostly because they are quite unclean. Flies feed on feces and garbage. Then they carry potentially harmful bacteria on their legs and in their saliva.

Flies may spread typhoid, cholera and dysentery as well as salmonella, tuberculosis and the eggs of parasitic worms.

Horseflies or deer flies will bite you to get your blood and may carry Lyme disease bacterium. And the bite of a horse-fly can really hurt! A horsefly could also carry the bacteria of a disease known as tularemia – also commonly called rabbit fever or deer-fly fever.

Cases of tularemia are relatively rare in the United States.

How to Avoid Houseflies and Horse-flies

The best way to keep those dirty common flies away from you is to keep clean. Don’t let garbage pile up and keep the dog droppings picked up in your yard.

It’s not easy to keep horseflies away. If you’ve ever been around them you know they can be quite persistent.

If horseflies are a major problem around your home, you may want to consider building one of these homemade horsefly traps.

Other Nasty Biters and Stingers

You may be wondering about things like mites and chiggers, head lice, no-see-ums or biting midges – even fleas. In most cases, these insects do not spread disease in the U.S. and are basically just a nuisance.

Bees, wasps and hornets do not spread disease, but they can be very dangerous to people who are allergic to their stings.

However it’s good for us to remember that bugs aren’t all bad!

This article highlights insects that cause the most problems. And the truth is – there are many, many other kinds of bugs that do much more good than harm. Insects are an important part of our planet. So don’t hate!

Natural Alternatives for Your Family 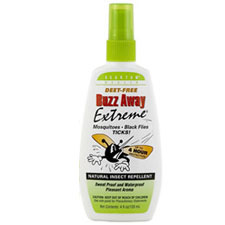 Battling bugs isn’t always easy. Even if you use bug spray that contains the chemical DEET – it’s no guarantee you won’t get bit.

In fact, there is evidence that insects like mosquitoes are becoming resistant to DEET. Plus, you may be reluctant to put those chemicals on your body or on anyone in your family.

These products are typically made with things from nature that are known to keep bugs away. That includes ingredients like cedarwood oil, citronella and oil of lemon eucalyptus.

What Are Your Tips?

What do you do to keep biting bugs away? Are there any products you use and trust and are also natural?

One Response to How to Avoid Disease-Spreading Insects This Summer