You are here: Home › Our Blog › Experience The Medicinal Potential of Ashwagandha Root
By Angela Halderson, RD on March 28, 2018 in Nutrition Supplements 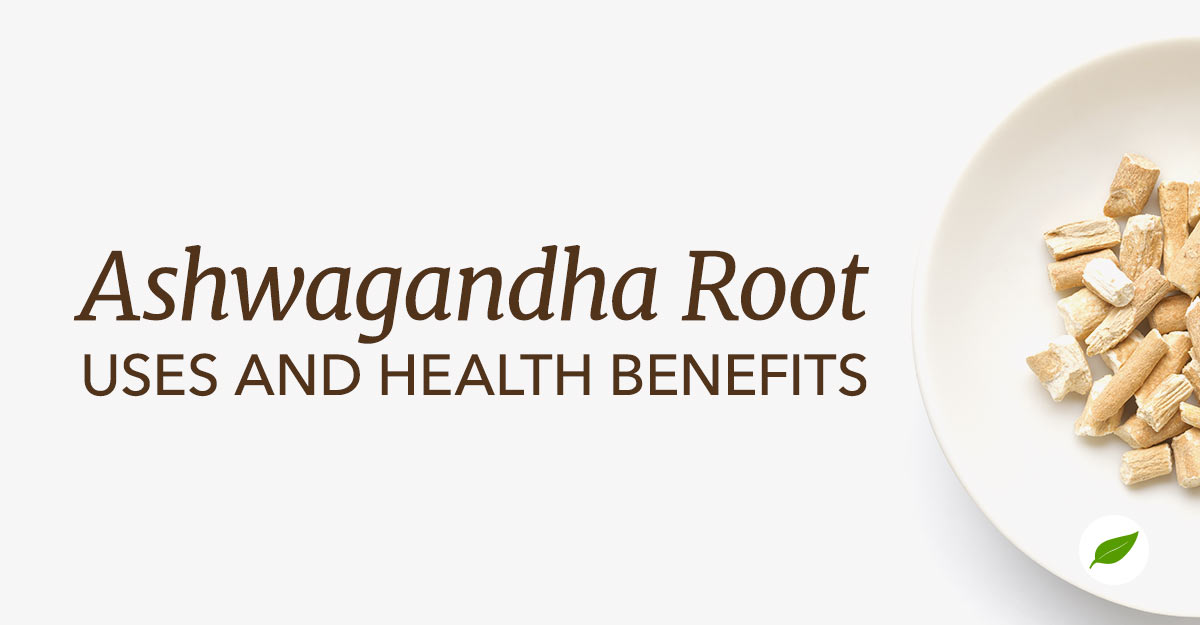 The ashwagandha shrub, also known as Withania somnifera, was originally given its name because the plantâ€™s root was thought to smell like a horse. Instead of avoiding this yellow-flowered, strangely scented plant, humans have been mining potential medicinal benefits for centuries. This evergreen herb, which is also known as â€œIndian ginsengâ€ and â€œwinter cherry,â€ is a significant plant in Ayurvedic medicine.

While its petals and berries aren’t without properties of their own, the ashwagandha root is where most medicinal potential resides. When processed and dried, the root has a light brown, calming appearance. The root can be ground and drunk as a tea, or taken as a capsule, powder, or liquid extract. Some of the best reasons to take ashwagandha root are for its potential ability to help the body handle daily stress, as well the ability to support various functions of the male body.

The body has a natural way of handling everyday stress, including the release of cortisol, a stress hormone, into the bloodstream. However, an overabundance of cortisol in the bloodstream can lead to undesired effects. Ashwagandha is thought to support the body’s natural reaction to stress by keeping cortisol levels in check. For this reason, ashwagandha is considered an â€˜adaptogen,â€™ a compound that helps regulate the stress and frustration response.

ashwagandha extract has been researched for its potential ability to help regulate the symptoms of stress. A study from 2008 found that participants had a positive outcome when symptoms related to stress were measured. These symptoms included feeling less agitated, as well as experiencing normal rates of pulse rate and blood pressure.

Your thyroid is an important gland that may be negatively affected when your body is not managing stress optimally. Your thyroid is responsible for regulating critical body functions such as breathing, heartbeat, body temperature, and menstrual cycles. Common ways of supporting thyroid health include releasing endorphins into your bloodstream via cardio exercise, as well as breathing steadily via mind-body techniques such as yoga and meditation. Researchers have found that the stimulation of thyroid activity is yet another way that ashwagandha root may support the bodyâ€™s stress handling mechanism.

While taking ashwagandha root may have potential benefits regardless of gender, there are some fascinating ways the herb has been shown to impact specific aspects of menâ€™s health. One study, which sought to look at the effect of Withania somnifera on 60 males, found that most subjects not only experienced a soothing disposition, but also a positive sperm quality.

Another study not only showed a healthy sperm quality for its subjects, but a positive outcome of testosterone level was reported as well. Testosterone is an important hormone for many aspects of menâ€™s health, not merely reproduction. Testosterone plays a role in fat metabolism, bone density, muscle mass, and even behavioral traits. Keeping a proper level of testosterone goes a long way in supporting these other body functions.

Maintaining a healthy muscle mass is a desired goal of many men, but it is also important for other parts of the body such as bone density. Ashwagandha has been shown to have a positive impact on the muscle mass of twenty-nine subjects in a study from 2015. The test subjects were given a 300 mg dose of ashwagandha twice daily for eight weeks. When compared to the placebo group of 28 individuals, the group treated with ashwagandha showed better proficiency of muscle mass using several different measurements.

Ashwagandha root is yet another example of the wisdom of the Ayurvedic tradition. The unassuming plant has a lot to offer those looking for potential health benefits regarding the bodyâ€™s management of stress. Who would have thought that this root, historically thought to have a horse-like odor, would possess so many potential benefits for male biology? Whatâ€™s exciting is this herb, as are many plants in Ayurvedic medicine, is the focus of ongoing studies in the medical field.