You are here: Home › Our Blog › 3 Ways That Ashwagandha Benefits Your Everyday Health
By Theresa Groskopp, CN on April 4, 2018 in Nutrition Supplements 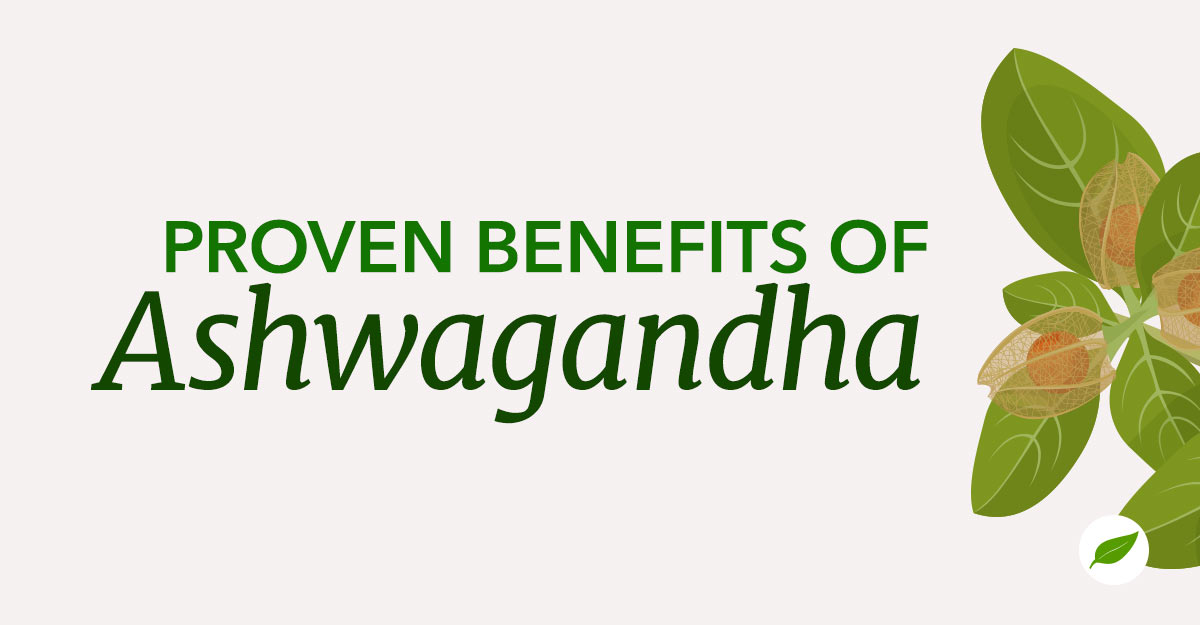 Ayurvedic practitioners have stated there are many ashwagandha benefits when used as a medicinal aid. This striking red fruit from a little green shrub has caught the attention of modern scientists as well. Like many ayurvedic herbs and medicinal plants, ashwagandhaâ€™s reputation grew over centuries as healers and teachers observed its apparent effects in the bodies and minds of patients.

While we canâ€™t know from tradition alone what ashwagandha may or may not do within the body, the tools of modern science enable us to extend our senses to observe these effects. In many cases, potential ashwagandha benefits seem to match those recorded in ancient Ayurvedic traditions.

Before we start examining potential ashwagandha benefits, letâ€™s first look at what this plant is and where it grows. Ashwagandha, or Indian ginseng as it is often called, is a member of the nightshade family. Well known nightshades include tomatoes, okra, and eggplant. The ashwagandha berry is not as prominent as the fruits of its plant cousins, but it is no less useful, just not as a culinary fruit.

It grows wild India but has also been cultivated by farmers as it spread through large swaths of Asia. In the medical traditions of these areas, ashwagandha was often useful. Beyond the medical benefits we will discuss in the next section, the leaves were often dried and powdered, then applied to cuts and wounds where they appeared to promote healing. Interestingly, chemical action within the berries also made them useful in cheesemaking, where they replace the animal product rennet to catalyze the curdling of milk into cheese. It is still used in some vegetarian cheesemaking traditions today.

Traditionally, Ashwagandha was used as a general tonic to promote health and well-being. It was thought to attenuate sensations of pain. It was also included in medical food preparations with other tonic plants to create general health aids for a variety of purposes.

People who used ashwagandha in modern times still felt that the fruit worked for them to promote wellbeing, so it drew the attention of Western science which continues to study ashwagandha to this day. The fruit has been heavily evaluated for positive effects in mice and rats. But unlike many other traditional medical herbs, ashwagandha has also been formally tested on humans.

In human studies, we understand that ashwagandha acts on the nerves in ways that are measurable and consistent from study to study. The fruit in traditional preparations appears to have a positive impact on memory in children and adults, and appears to offer promise in a variety of neurodegenerative conditions. It has even been suggested to influence nerve cell development in a way that may be of interest to our readers.

Furthermore, ashwagandha has been found to affect energy and metabolism, which is good news for sufferers of common age-associated pain difficulties. Chemicals isolated from the fruit have even been shown to modulate the irregular growth patterns of cells outside of the body in laboratory settings. With further study, similar effects could be discovered in living subjects, but these have not yet been formally observed.

Many people take ashwagandha because the impact it may have on stress. Ashwagandha contains chemicals called â€œadaptogens,â€ which work on the glands in the body which produce hormones related to stress. Because this is a traditional use of ashwagandha, this is a potential use to explore for scientists and everyday people alike.

Even though we donâ€™t know everything about ashwagandha, what it does in the body, and how these possible effects are accomplished, it has remained a popular medicinal plant among millions for over several thousand years. Experience ashwagandha and see if it helps you reach your health and wellness goals.

Niacin Pills: Why Supplementation is the Ideal Source of Vitamin B3
Biotin for Hair: What Does Research Say About Vitamin B7?