You are here: Home › Our Blog › Are You Going to Get Alzheimer’s Disease?
By Theresa Groskopp, CN on August 19, 2013 in Health Challenges, Health Tips 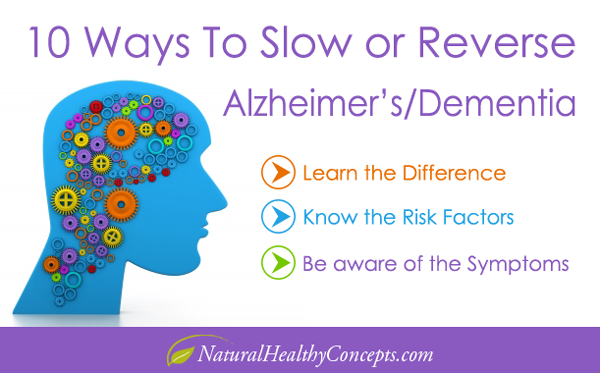 Alzheimer’s Disease is the sixth leading cause of death in the US. One in three seniors dies from Alzheimer’s or another dementia. (Source)

Does the possibility of getting Alzheimer’s disease frighten you? Do you believe it’s an inevitable part of the aging process?

There is a difference between Alzheimer’s and dementia, so let’s clear that up first.

For the record, according to Mayo Clinic, “The term dementia refers to a set of symptoms, not the disease itself.” Â Symptoms may include loss of recent memory, poor judgement and cognitive impairment that may interfere with relationships and day-to-day activities. A person with dementia doesn’t necessarily have Alzheimers, but Azheimer’s is diagnosed inÂ two-thirds of people with dementia.

Some types of dementia are progressive, such as Alzheimer’s, but some forms can be halted and even reversed. Â And just so you know, you can develop dementia from a vitamin deficiency – yet another reason why I’m so passionate about natural health & wellness.

What is Alzheimer’s Disease?

The statistics on Alzheimer’s are quite alarming. The risk of getting the disease after age 70 increases significantly and some say around 50% of people over the age of 85 are affected. Given the large Baby Boomer population this could be a massive healthcare crisis in a few years!

From Medicinenet.com, “Alzheimer’s disease (AD) is a slowly progressive disease of the brain that is characterized by impairment of memory and eventually by disturbances in reasoning, planning, language, and perception. Many scientist believe that Alzheimer’s disease results from an increase in the production or accumulation of a specific protein (beta-amyloid protein) in the brain that leads to nerve cell death.”

Okay now, before you freak out like I did and worry that your forgetfulness is a sign of AD, take a deep breath and keep reading. Here are the risk factors:

Age is the greatest risk factor and “the risk of developing the disease doubles every five years after age 65.”

Early-onset Alzheimer’s is found in people as young as the 30’s and 40’s. Only 2-5% of Â individuals with AD get this familial form of the disease and it’s caused by one of three known inherited genes from your parents.

Late-onset AD is most common and there are a few identified “risk-factor genes.” Â One of them is apolipoptotein E (APOE) and it has three forms (also called alleles (?2,Â ?3,Â ?4). Â About 25-30% of the population carries the Â  Â  APOEÂ ?4, but if you have the gene, it doesn’t mean you’re going to get AD. Â The article above also states:Â “Genetic testing cannot predict who will or will not develop late-onset Alzheimer’s disease.

Diabetics and prediabetic have a higher risk for AD.

If you’re alwaysÂ depressed this may increase your risks for AD.

Are you at risk? Even if you are, there are things you can do to protect your brain.

Yes, you read that correctly. Autopsies have revealed that many who supposedly died from AD, actually died from Lyme disease. From LymeDisease.org, “Chronic spirochetal infection can cause slowly progressive dementia, brain atrophy and amyloid deposition in late neurosyphilis.” Â Here’s more from PubMedÂ on frontal type dementia associated with Lyme disease. Since the CDC just dramatically raised the number of annual Lyme cases to 300,000, then the Lyme-Alzheimer’s connection should not be readily dismissed!

10 Ways to Slow or Reverse Alzheimer’s

I may get some flack on a few of these, but here goes….

Get your body moving. A sedentary lifestyle is bad for umpteen reasons, but according to Mayo Clinic, people who keep physically active are at lower risk for mental decline and AD.

According to research from GreenMedInfo.com, B vitamins lower homocysteine, which directly leads to a decrease in grey matter atrophy, thereby slowing cognitive decline.”

Change your diet – if you are diabetic or pre-diabetic, get off the sugar and processed foods. People with diabetes have up to a 65% greater chance of getting AD. In this article from Mercola.com, Alzheimer’s is sometimes referred to as Type-3 Diabetes. Try cutting wheat out of your diet – it’s a huge insulin spiker! Ignore the USDA food pyramid – too much emphasis on grains! Here’s a food pyramid that will keep you healthy.

This is no-brainer, but smokers are at greater risk.

Do this under the care of a licensed healthcare practitioner, but remember there are natural ways to do this.

If you follow the steps above, it your blood pressure should come down naturally, unless you have a genetic disorder.

If your body is more alkaline, you will reduce inflammation significantly and inflammation is the greatest precursor to heart disease, elevated cholesterol, etc.

9. Get to the root cause of your depression.

Depressioncan be affected by nutritional deficiencies, diet, hormones, etc. See our post on The Food on Mood Connection. Find someone who will help you get to the cause of your depression, not just your symptoms.

They don’t work, they’re full of mercury and aluminum, a neurotoxin, and may increase your risk for AD. 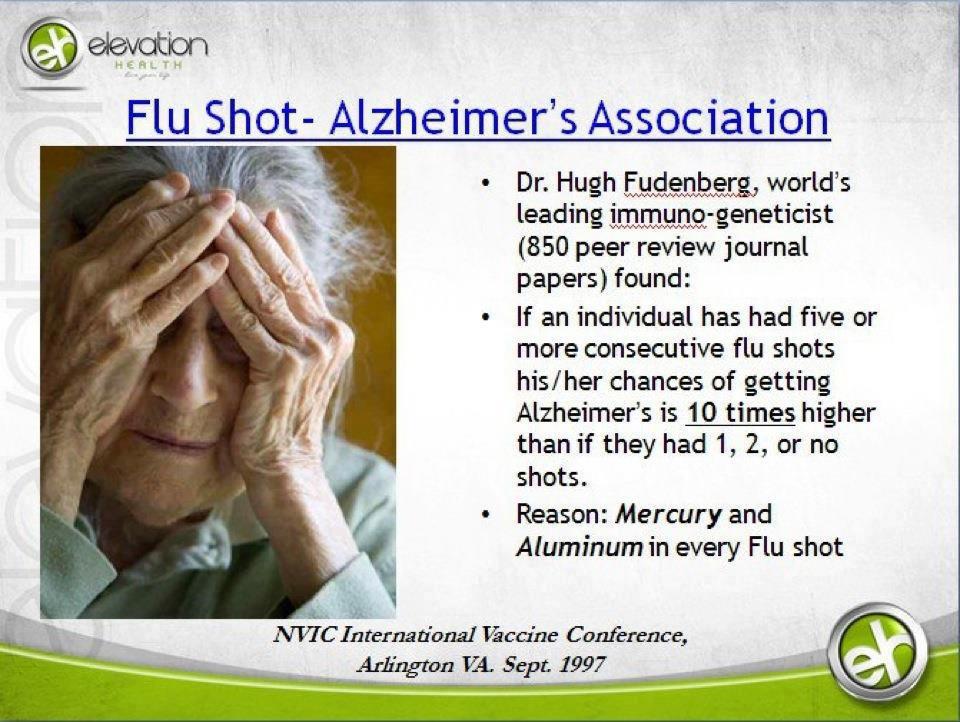 What Else Can I Do to Help Delay, Prevent, or Reduce Alzheimer’s?

I don’t know about you, but as a Baby Boomer, I think it’s time to take Alzheimer’s disease seriously, and I hope you will, too!

Testosterone Therapy – Is it Right for You?
How to Can Fresh Vegetables (Infographic)

4 Responses to Are You Going to Get Alzheimer’s Disease?