You are here: Home › Our Blog › Andrographis For Immune System Support
By Theresa Groskopp, CN on October 6, 2017 in Diet, Nutrition Supplements 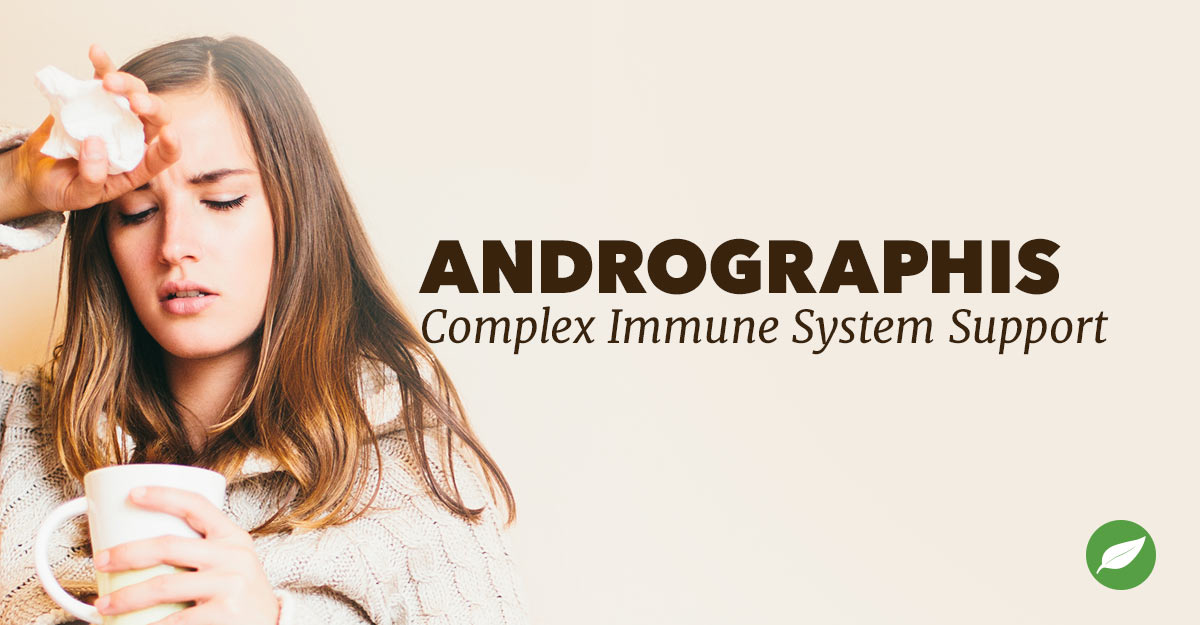 Andrographis, or Andrographis paniculata, is an herb native to southeast Asia, and is commonly known as the â€œKing of Bitters.â€ For centuries it has played a role in Ayurvedic medicine serving a wide range of uses.

The Potential Benefits of Andographis

One of the many potential benefits of Andrographis is it may provide an optimal immune system response. One study found that andrographis helps to maintain a normal number of macrophages in the immune system. Macrophages are white blood cells that patrol the body and helps to regulate how the body responds to a foreign substance. Maintaining a normal level of white blood cells may allow the body to not â€œoverreactâ€ to foreign substances.

Andrographis has also been known to balance the pitta dosha. In Ayurvedic medicine, the Pitta dosha is that which is responsible for digesting things, both physically and emotionally. Andrographis aids the Pitta Dosha by stimulating the immune system and supporting the liver..

Kan Jang is a combination of andrographis mixed with Siberian Ginseng extract. Like andrographis, the mixture has been used in Ayurvedic medicine for centuries. The synthetic mixture â€œKan Jangâ€ was developed by the Swedish Herbal Institute in Gotenburg. It has been used to study the effectiveness of an andrographis and Siberian ginseng combination on cold symptoms and sinusitis. Researchers of one study found that Kan Jang may provide temporary relief from symptoms associated with the common cold in some patients.

Kan Jang has been studied for its potential to treat symptoms of sinusitis. In a study with 95 individuals in a treatment group, and 90 in a placebo group, Kan Jang was given to the treatment group and it was found to provide temporary relief from a headache, nasal and throat discomfort. In conclusion, researchers note that Kan Jang Â â€œhas a positive effect in the treatment of acute upper respiratory tract infections and also relieves some challenges associated with sinusitis.

Paractin is a supplement containing a patented number of andrographolides. By itself, Paractin is often used to support muscle and joint health. Supplements such as Immune Protect with Proactin include vitamin C for healthy immune system support. Immune Protect with Proactin also contains a patented form of beta-glucan that is believed to support a healthy immune response to microbial challenges.

Andrographis is an herb that has been used for centuries for its ability to support several functions of a healthy body. Â An andrographis complex may provide optimal feelings of health and wellness, and may support a healthy immune system health, provide temporary relief from occasional symptoms associated with colds, and overall joint health.