You are here: Home › Our Blog › Are Adaptogens Nature’s Answer to Healthy Sleep?
By Theresa Groskopp, CN on February 20, 2017 in Health Tips, Nutrition Supplements 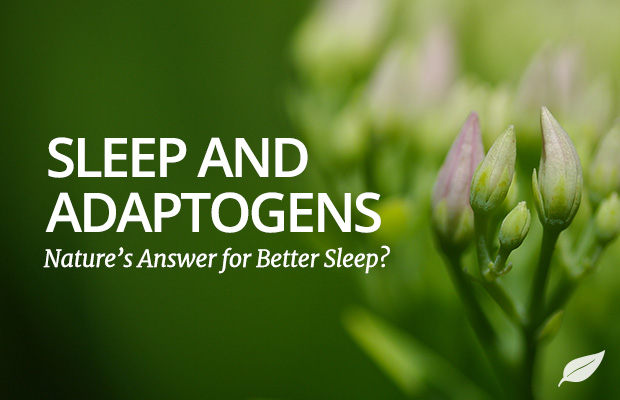 Adaptogens may offer potential benefits to support a healthy response to stress, but did you know they may support sleep as well?

Sometimes, stress seems to be an integral part of our lives. Whether we are rushing to finish a project by a deadline, moving to a new home, or even planning a vacation, stress can invade every area of our lives, sometimes before we realize it.

In addition to its negative effects on our moods, emotions, and relationships, stress can have a physical effect on us, particularly in our sleep cycle. To support stress, many people have turned to adaptogens. But could these herbs have an effect on our sleep cycles as well?

Before these buzzy herbs became a staple in the wellness world, they formed a crucial part of Traditional Chinese Medicine and the Ayurvedic tradition. Both traditions have been using adaptogenic herbs for thousands of years, but the term wasnâ€™t officially used until the 1940s, when the Russian scientist Dr. Nicolai Lazarev coined the term to describe the work his mentee Dr. Israel Brekhman was doing to describe the effects of these unique herbs. Some of the earliest known adaptogens were eleuthero, rhodiola, and schisandra, and these were made into tonics to support people in acute states of fatigue or stress.

Today, there is a fairly long list of herbs that may have adaptogenic properties, and to learn more, you can check out our post on the broad benefits of adaptogens here.

What Herbs are Considered Adaptogens?

To count as an adaptogen, an herb must meet the following qualifications:

These qualifications may seem broad, but individual adaptogens may offer support in other areas as well. For example, Asian ginseng, eleuthero, rhodiola rosea, and maca offer support for cognitive health, and work to promote endurance. Others like holy basil, reishi, and aswagandha work to soothe the body as well as promote immune system health and function. However, the most well known potential benefit of adaptogens is how they work to support a healthy response to stress. Specifically, these herbs seek to maintain healthy cortisol levels, which play a role in stress regulation in the body.

Cortisol is am hormone produced in the adrenal gland that is essential to maintaining homeostasis (balance) in the body. It is sometimes called the â€œstress hormoneâ€ because it regulates many of the changes the body undergoes when it encounters stressful situations.

While the relationship between adaptogens and stress support has been studied quite extensively, what about adaptogens and sleep? Weâ€™ve written before about the negative effects a lack of sleep can have on your health, and how important it is to make sure youâ€™re getting the amount of sleep your body needs to function optimally. However, your ability to get a healthy amount of sleep may be directly affected by your bodyâ€™s response to stress.

When you experience a stressful event, it can disrupt your bodyâ€™s normal cortisol levels, which then has a negative impact on your circadian rhythms. Your cortisol levels normally fluctuate throughout the day and night, with levels reaching their peak around 8AM and dipping their lowest around 4AM. This cycle helps support your bodyâ€™s equilibrium and is critical for your overall health.

While it remains important that your adrenal glands secrete more cortisol in response to stress (especially since it works to trigger your flight-or-fight response), itâ€™s equally important that your cortisol levels return to normal after the stressful event. If your stress responses are activated too often, your body may not have a chance to return to its regular state, which can cause your sleep/wake cycles to fluctuate and may have other, more far-reaching negative health effects. By maintaining healthy cortisol levels, your body is able support a healthy sleep cycle.

Maintaining a healthy response to stress is usually easier said than done. This is why many have chosen the followingÂ adaptogens to support a healthy sleep and to promote normal circadian rhythms. 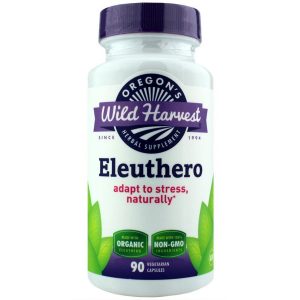 Eleuthero was one of the earliest adaptogens, and was studied extensively in Russia during the 1940s. In fact, eleuthero was considered as a supplement for soldiers during World War II, as it was hoped that this herb could maintainsÂ energy levels and support endurance. As a supplement, eleuthero works to support cognitive health and memory, and promotes a calm mood to support a healthy sleep. Weâ€™re fans of this eleuthero from Oregonâ€™s Wild Harvestâ€” it is certified organic and non-GMO to support your health. 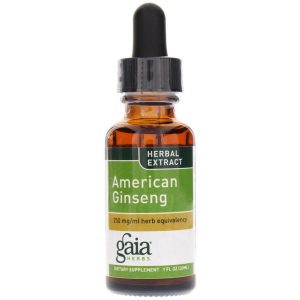 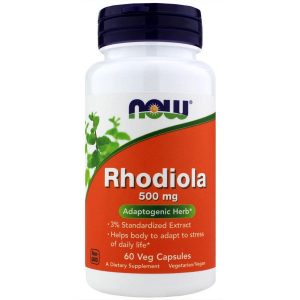 This adaptogen was discovered in Russia, and was one of the later adaptogens to be identified. It works to maintain healthy cortisol levels and seeks to support a healthy response to stress, as well as promoting cognitive health. This rhodiola from NOW Foods contains a standardized extract thatâ€™s designed to support a healthy stress response.

With their ability to adapt to your body, theseÂ amazing herbs couldÂ make a difference for you.

Have you used adaptogens to support your sleep? Let us know in the comments!

FDA Limits Lead in Beauty Products
What Is Herbal Tea and What Are Its Benefits?