You are here: Home › Our Blog › 7 Chicken Recipes to Help You Switch Things Up
By Theresa Groskopp, CN on September 25, 2015 in Healthy Recipes 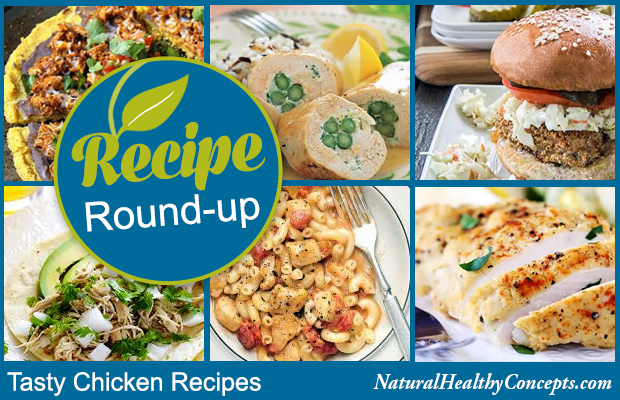 Stuck in a rut when it comes to dinner ideas? Staring at those boneless chicken breasts in your freezer without a shred of inspiration or imagination?

Those of us who work tirelessly and often thanklessly to feed the people we love have all been in the same situation. You run around like a chicken with your head cut off the entire day, and then when you plop dinner on the table you hear, “This again?!”

Chicken recipes aren’t too hard to come by. It’s a very versatile protein choice. But on it’s own, it can be pretty bland and boring. That’s whyÂ  people often say something tastes like chicken when it doesn’t really taste like much of anything.

So we chased down six chicken recipes you can turn to when you need something new and perhaps a little out-of-the-ordinary. 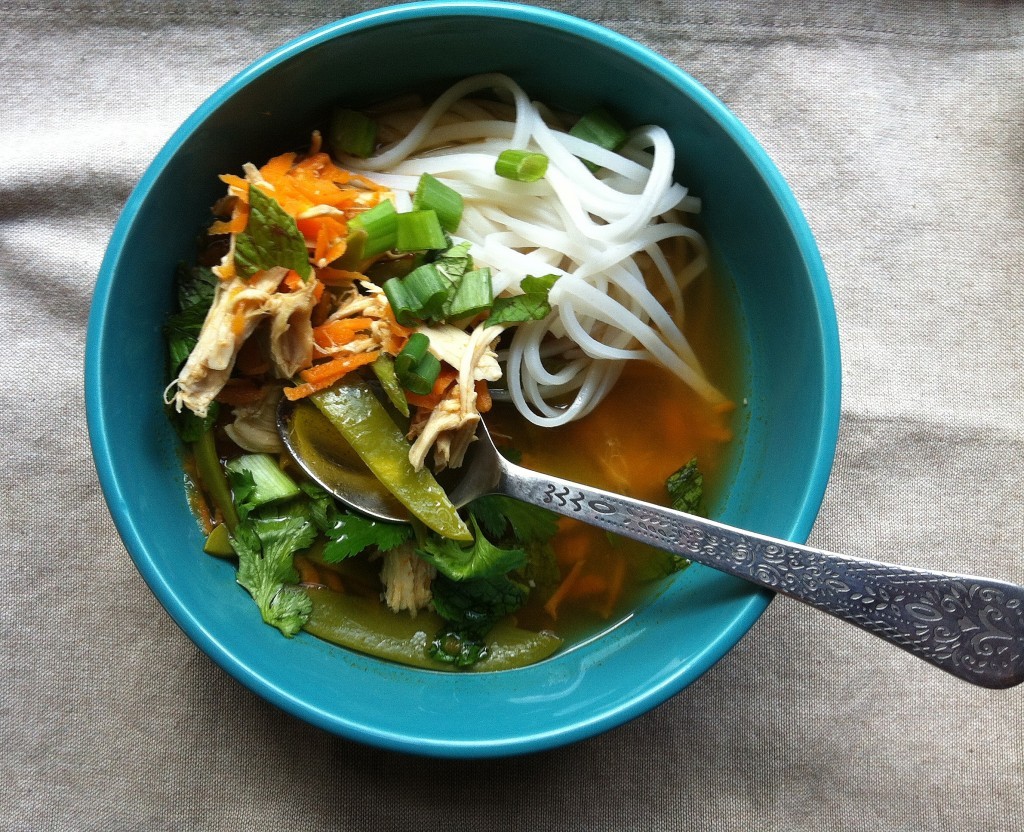 Who doesn’t love a steamy bowl of chicken noodle soup? Here’s a way to spice it up from the food blog A Cedar Spoon.

Julia is a big fan of soups, especially during the winter season. She tried out this chicken recipe from Cooking Light magazine and had some great results.

One of her favorite ingredients in the soup is freshly grated ginger. That, along with lime juice, give this soup a nice refreshing flavor. The spiciness comes from a little Sriracha sauce. Rice noodles also make it a good dish for people on a gluten-free diet. 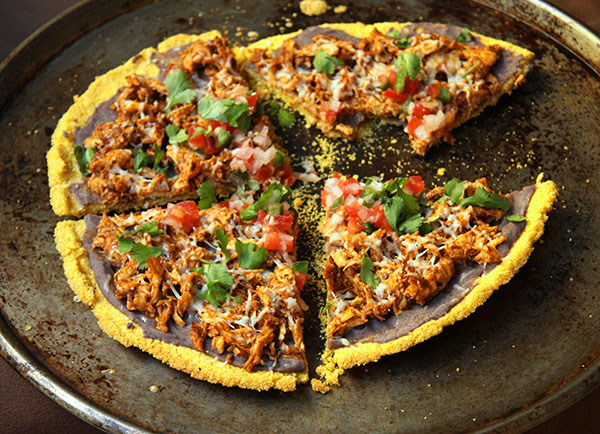 Speaking of gluten-free, here’s a unique pizza recipe to try. For some reason, I’m always a little wary of chicken as a pizza topping. And gluten-free pizza crust is also hard to get right.

But Katie at 24CarrotLife claims she nails it with this recipe. Her crust contains just two main ingredients: cornmeal and egg. She also added a little water and some spices for more flavor. Katie isn’t on a gluten-free diet, and she still enjoyed how this pizza crust turned out. That’s a good sign. 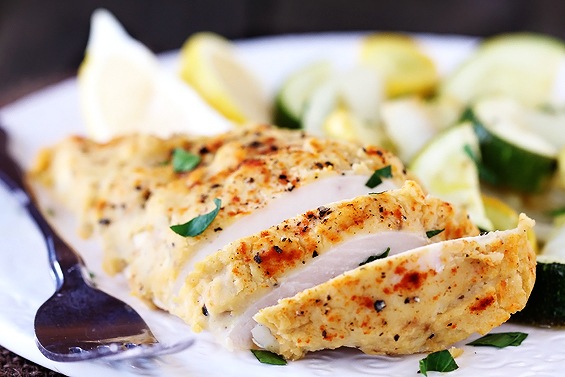 I have to admit – just about the only thing I use hummus for is crackers and pretzels. I never even think to spread it on a sandwich.

But Ali at Gimme Some Oven can help us all expand our hummus repertoire with this chicken recipe. Actually, the concept of using hummus as a sauce when baking chicken was new to her, too. She got the idea from a co-worker and gave it a shot. The results? Here’s Ali in her own words…

There’s very little prep involved and you can add some veggies in the same baking dish to make it a one-pot meal. 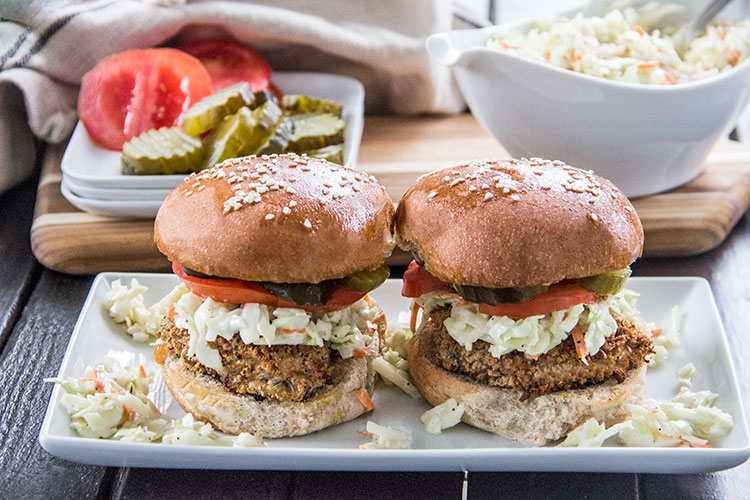 We’ve all had those awful frozen chicken patties, maybe in school cafeterias, maybe at a fast food joint. But people…there is a better way and this is it.

The Scrumptious Pumpkin brings us this southern-style fried chicken sandwich. Except it’s not fried. It’s baked, and it should still come out nice and crispy.

Jen’s recipe is a healthy alternative that’s ideal for people trying to eat clean.Â  She also explains the steps to make this chicken sandwich in detail on her website. There is even an explanation of the health benefits you’ll get if you use the same ingredients.

One thing that sets this chicken sandwich apart is the toppings: coleslaw and pickles. That’s really what makes it a southern, picnic sandwich. 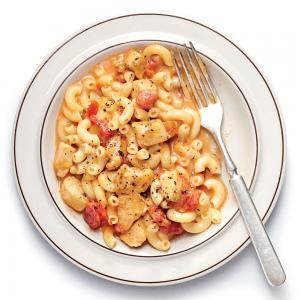 We’ve got a little mac ‘n cheese addict in our house. And the rest of the family gets a little sick of the store-bought stuff in a box.

But homemade macaroni and cheese? Oh mommy, yes please! This recipe comes from Cooking Light magazine, but it’s definitely comfort food with plenty of calories. Still, how can you resist?

The dish is way more than noodles and goopy cheese. There are delicious spices, chili peppers for some heat, fire-roasted tomatoes and of course, the chicken. It’s a great way to turn mac and cheese into a hearty meal! 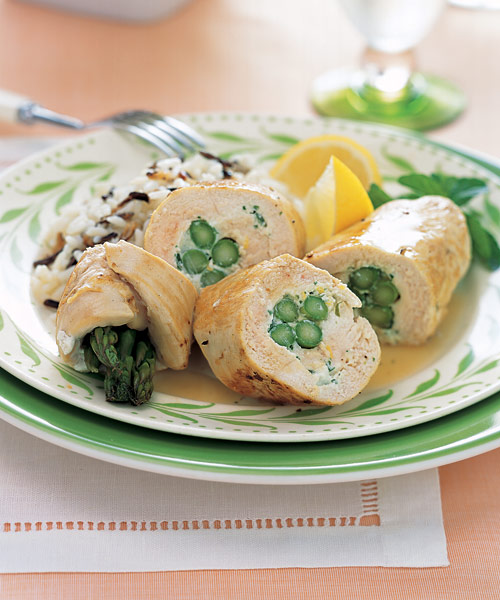 This dish will take a little extra work and preparation, but it will all be worth it. Pull it off and you’ll look like a culinary genius!

Roulades are the fancy name we give to meats or pastries that are rolled and filled. So how do you roll up a chicken breast? Good question.

There are some directions with the recipe at Delish.com. However, if you need better details or you’re more of a visual learner, check out the video below for some expert instructions.

What goes inside your chicken breast roulades is creamy goat cheese mixed with fresh mint leaves and lemon peel as well as a few asparagus spears. The roulades are cooked in a covered skillet. Then you’ll make a sauce in the same pan. Slice them up, serve with some rice, and you’ve got yourself one impressive meal. 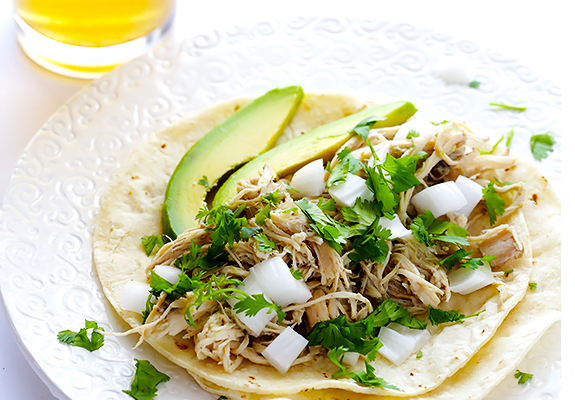 Here’s another mouth-watering dish to add to your list of chicken recipes. This one comes once again from Ali at Gimme Some Oven, and it’s much simpler than the roulades.

Ali uses just four ingredients to make this Mexican shredded chicken. It was totally improvised, and she got it exactly the way she wanted on the first try. What you need is your favorite salsa verde, your favorite Mexican beer, and some salt & pepper. Sometimes the most-basic ingredients make the tastiest food!

You simply dump your ingredients into a crock-pot and shred up your meat when it’s done cooking. Then serve with tortillas and top with cilantro and raw onion, as well as some avocado slices.

Get the complete recipe at Gimme Some Oven

There are so many other amazing ways to make meals with chicken. We honestly had a tough time narrowing this Recipe Roundup down!

So we’d love for you to let us know about your favorite chicken recipes. Plus, we’re throwing in one more, super-easy and cheesy chicken bake that’s wrapped in bacon and stuffed with basil pesto. Probably not the healthiest dish…but just make sure to use hormone-free, organic, pasture-raised, locally-farmed chicken. That should fix everything (wink, wink).

Watch the video below to see just how easy it is.

The Lymphatic System & Benefits of a Lymph Massage
Workout Wednesday: The Sparta Workout