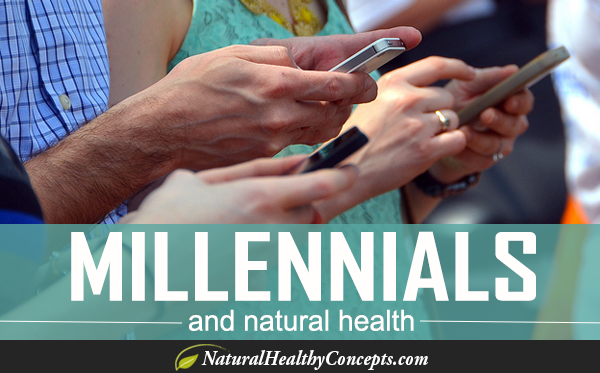 Millennials: We’re young, egotistical, addicted to technology and spoiled, right? I should know – I scored 96 out of 100 on the Pew Research Center’s “How Millennial Are You?” quiz. (Take the quiz here.)

I’m essentially the poster child of Millennials. Look up Millennial in the dictionary and you’ll see my picture. Or better yet, Google it. Who uses dictionaries anymore? Not this kid.

But you know what? I guess I don’t feel so bad about being so Millennial. Every generation has something to say about the next, and despite the stereotypes, there’s actually some pretty good things about me and my peers. I like theÂ Pew Research Center’s characterization of us: “confident, self-expressive, liberal, upbeat, and receptive to new ideas and ways of living.”

One of those new ideas and ways of living is natural health. According to Nielsen,Â Millennials are 32-40 percent more likely than the general population to look to alternative medicine to manage our health.

We’re also the largest generation in the U.S., accounting for one-third of the population. How does that come into play? Well, it means we carry a lot of influence. We’re the main target of marketers, politicians and industries. What we want will have a huge impact on our government, health care, the food in grocery stores and culture. And I’m hopeful that our influence will take things in a positive, healthier direction. Current trends in health show that just might happen.

Who are Millennials? Let’s take a quick glance.

According to a report issued by the White House Council of Economic Advisers in October:

With a greater interest in natural health and general wellness, Millennials stand out in several areas.

1. Alternative Medicine: Not only are Millennials open to alternative ways to treat illness, they actually use them, and often in place of traditional practices. They’re more likely to use acupuncture, herbal remedies, massage therapy and other alternatives to prescription drugs frequently used by older generations.

According to Natural Products Insider, supplement use has increased overall with 73 percent of the general population in 2013 reporting they used a supplement in the past 30 days in comparison to 62 percent in 2009.

According to the Fiscal Times, the Natural Marketing Institute found that in 2013, 68 percent of Millennials used a supplement in the last 30 days compared to just 50 percent in 2009. They haven’t caught up to the general population yet, but if trends continue, they easily could. 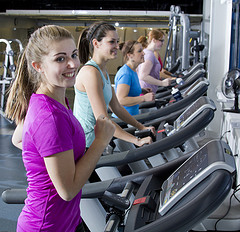 3. Healthy Lifestyles: Many Millennials aren’t just turning to nature when they’re sick, but look at overall healthy living as a way to prevent illness and health conditions. They want to be in good health now and fifty years down the road.

Peruse the internet for a few minutes and you’ll see countless blogs and social media profiles of young individuals practicing and promoting healthy eating and frequent exercise. Technology isn’t an excuse to stay on the couch – it’s a source of motivation. Pinterest recipes and fitness blogs feed Millennials with constant ideas and information to live a healthy lifestyle.

Technology is also continuously coming out with new apps and gadgets to fuel health goals. Gym memberships are linked to social media, phones are loaded with exercise apps, and sleek wristbands like Fitbit track the steps you take, the calories you burn and the hours you sleep.

4. Natural Foods: Millennials are increasingly conscious about what they put in their bodies. They don’t want fluorescent-colored, giant-sized, pesticide-coated produce or meat from animals that have been pumped full of hormones and antibiotics. They want pure, natural food.

According to Natural Products Insider, Â the amount of “organic” food in the grocery store has experienced a huge upsurge in recent years. The perimeter of the store – where you’ll find fruits and vegetables, meat and dairy – is getting more attention as consumers avoid the heavily processed items in the aisles in the center of the store. They closely scrutinize ingredient labels for artificial flavors and colors, preservatives and sugar content. They gravitate toward products with healthful attributes like “whole grain,” “fiber,” “protein,” and “antioxidants.” 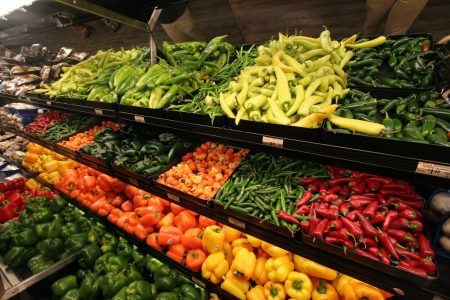 That was my biggest motivation for switching to a vegetarian diet. In fact, Millennials are more likely to consider themselves strict vegetarians and use more soy and plant-based products. Have you noticed the increase in the options in the grocery dairy case? (Click here for a rundown of dairy alternativesÂ ) And for Millennials who eat meat, many of them prefer organic, grass-fed animals, again, not just for their own health, but also for the environment.

No matter their diet, Millennials are likely to prefer products that come from farms and businesses that use sustainable, eco-friendly practices, like clean energy and recycled packaging. They may also prefer local produce and foods because of the perceived smaller environmental impact.

6. Doing Their Own Research: In this era of technology and instant access to a wealth of information, Millennials are more likely to make health decisions based on their own research. They want to know for themselves what a product may or may not do for their health, not necessarily trust in the information provided by the manufacturer or blindly accept a doctor’s recommendation. Â According to NMI Solutions, Millennials are less reliant on authority figures. They often wish their doctors knew more about alternative methods and frequently skip the doctor visit to search the internet for their own answers.

All this information shows some positive trends, but Millennials certainly aren’t perfect when it comes to health.

While we’re generally more committed to exercise, many don’t necessarily have their health in mind when they hit the gym, but rather their vanity.

And we’re still suckers for splurges. We love to eat what makes us feel good – in the short term – and often go for convenience foods in light of busy schedules.

We’re young and reckless and no amount of concern over calories will make us stop drinking alcohol. And unfortunately, we’re more likely to drink in response to stress.

In fact, we’re the most stressed-out generation. According to a study conducted by the American Psychological Association, over half of Millennials said stress kept them awake at night in the last month compared to 37 percent of Baby Boomers. So I guess good health is particularly important for us.

Every generation has a golden age during which its members greatly shape the world in which they live. I’m hopeful that my generation, despite its flaws and the stereotypes, will create a world more in tune with good, clean, natural health.