You are here: Home › Our Blog › 5 Ways to Use Aloe Vera for Healthier Living
By Theresa Groskopp, CN on July 6, 2015 in Health Tips 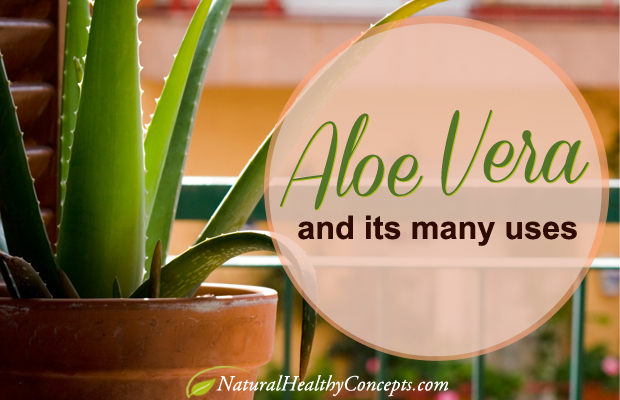 I’d be willing to bet that when many people hear the word “aloe,” they think of sunburn. I know I sure do.

It seems to never fail each summer. I coverÂ myself with sunscreen and head outdoors for a few hours, only to head back indoors later with sunburn. The first thing I reach for is the aloe gel I keep in the bathroom cabinet. Cool to the touch, it stops the burning and helps keep your skin moisturized.

While this may be one of the most popular uses for aloe, there are a number of others as well. 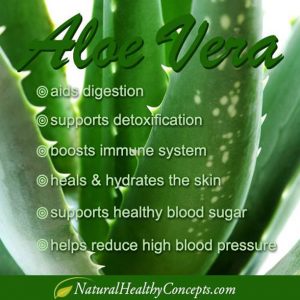 Aloe vera Â is a short-stemmed shrub that, according to Kew Gardens, “has been used for centuries and is more popular today than ever” (Source). Normally a cultivated plant, aloe has become naturalized in some regions, such as the Caribbean, South America, and the Mediterranean.

The aloe vera plant is characterized by its erect leaves that can grow to be as long as 50 centimeters. Filled with a clear gel, these leaves provide a number of possible therapeutic benefits for better health. The gel is used in a variety of ways, and is present in supplements and even in food.

The aloe vera plant has been used in various ways throughout history. In fact, “the first recorded use is from 16th century BC and appears in the Ebers Papyrus, an Egyptian medical papyrus” (Source). Other interesting uses from history include the following:

5Â Ways to Use Aloe for Better Health

Aloe vera has many more uses than you might think. It may soothe your sunburn, but you can use it in other ways to enhance your overall health as well.

A study that appeared in the May/June 2009 issue ofÂ General Dentistry states that “aloe vera in tooth gels is as effective as toothpaste in fighting cavities” (Source).

The study claims that aloe gel may be less harsh on your teeth and gums than the abrasive ingredients of a regular toothpaste. If you suffer from tooth or gum sensitivities, an aloe-containing toothpaste, such as the Peppermint Spry Xylitol Toothpaste from Xlear.

2. It could help get rid of heartburn

According to a review that appeared in the December 2010 issue ofÂ Alternative & Complementary Therapies, “consuming 1 to 3 ounces of aloe gel at mealtimes could reduce the severity of GERD and other digestion-related problems” (Source). Aloe gel has a low toxicity, making a gentle and reliable way to find relief from indigestion, as well as regular stomach upset.

3. Keep your skin healthy and clear

If you’ve been looking for an all-natural way to keep your skin healthy, moisturized, and clear, aloe vera is a great choice.

A December 2011 study that appeared in theÂ Journal of Pharmacy Research claims that the “combination of the moist leaf and special plant compounds called complex carbohydrates makes it an effective face moisturizer and pain reliever” (Source).

If you’re interested in the benefits of aloe gel for your skin, give Pharm Aloe’s Aloe Vera Leaf Juice Gelly a try.

Aloe vera plants are known to produce at least six different antiseptic compounds that are thought to be able to neutralize bacteria, viruses, mold, and more.

Experience the benefits with Preservative-Free Aloe Vera Juice from Lily of the Desert today.

5. It may help regulate your blood sugar levels

While aloe vera juice may not be the most delicious thing you’ll ever swallow, it helps keep blood sugar at a healthier level.

A study that appeared in the November 1996 issue ofÂ Phytomedicine claims that “two tablespoons of aloe vera juice per day caused blood sugar levels to fall in people with Type 2 diabetes” (Source). A second study published in the March 2001 issue ofÂ Phytotherapy ResearchÂ supported these findings, making aloe a potential tool in the fight against diabetes.

Do you use aloe vera for more than sun burn? How is it benefiting your health? Leave us a comment below and let us know.

If you enjoy our posts, please subscribe below to get all of our posts by email: