You are here: Home › Our Blog › 10 Things You Should Know About Lyme Disease
By Theresa Groskopp, CN on July 19, 2013 in Health Challenges, Health News 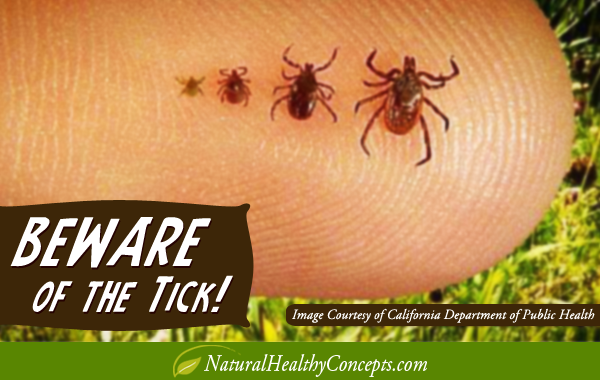 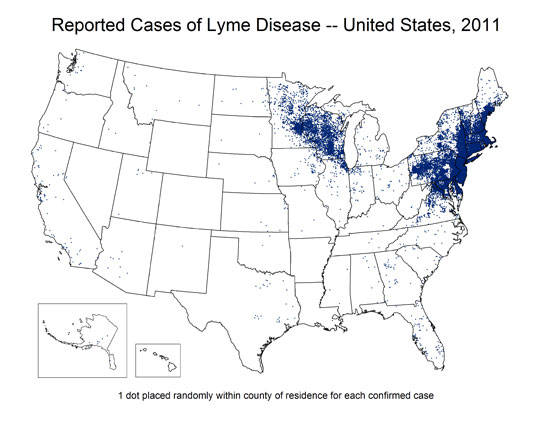 Lyme disease has become an epidemic.

It’s especially prevalent in the Northeast and the Midwest (where I live). At least 25% ofÂ  Lyme disease cases are in children.

I wrote of my personal journey with Lyme in a previous post, Lyme Disease Controversy – Which Side Are you On?Â But, since this is a bad year for ticks and a new ticke-borne illness that may be worse than Lyme has already struck 100,000 New Yorkers, Â it’s time for an update.

If you’ve been diagnosed with anything from chronic fatigue, fibromyalgia, Lupus, or any number of other autoimmune diseases – don’t rule out Lyme disease, even if your test was negative. For more on this potentially debilitating disease, read this comprehensive article from America’s Pharmacist, Suzy Cohen on Lyme Disease and Bartonella, More Common Than You Know.

If you’re wondering if you might happen to have Lyme – here’s a checklist from the Lyme Rsearch Alliance. often used by Lyme literate MDs to evaluate a patient who might have Lyme.

More than anything, I hope you’ll believe as I do that despite what you may hear from the medical mainstream, Lyme disease is serious and should never be taken lightly.

Â 10 Â Things You Should Know About Lyme Disease

You could have Lyme for a long time and not know it. It’s called chronic Lyme.

The testing is inadequate and a proper diagnosis is difficult to get. Translation: A negative test doesn’t mean you don’t have Lyme. In this article Why You Should be Afraid of Lyme DiseaseÂ by author Pamela Weintraub, Â writes:

“Spirochetes leave body fluids for tissue early in the course of disease, after all, explaining lack of evidence in blood. And researchers had reported persistent spirochetes in the tissue of treated mammals for years.”

Pamela is the author ofÂ CureÂ Unknown: Inside the Lyme EpidemicÂ and is the executive editor of Discover magazine.

It can be transmitted through blood transfusions, sexual contact, biting flies, mites, mosquitoes and fleas. (The CDC does not agree with this, but then I don’t often agree with the CDC!)

3) The good guys in the fight against Lyme are the International Lyme and Associated Diseases SocietyÂ (ILADS).

“ILADS is a nonprofit, international, multidisciplinary medical society, dedicated to the diagnosis and appropriate treatment of Lyme and its associated diseases.”Â They recognize that chronic Lyme exists and are committed to improving the standard of care in Lyme treatment.

4) There is a condition called Psychiatric LymeÂ that is often mistaken for other mental illnesses.

Here’s what the experts from ILADS say in their brochure: “Neuroborreliosis can mimic virtually any type of encephalopathy or psychiatric disorder and is often compared to neurosyphilis. Both are caused by spirochetes, are multi-systemic, and can affect a patient neurologically, producing cognitive dysfuncion and organic psychiatirc illness. Such symptoms may be dormant, only surfacing years later.”

5) Lyme can be passed through the placenta in pregnancy and in breast milk.

From the LymeDiseaseChallenge.org, “The pathogens that cause Lyme Disease, Babesia and Batonell have been found in newborn infants, placentae, fetuses or umbilical cords…”Â  For more information, see the plethora of resources cited in the article.

6) Many children who are diagnosed with ADHD or behavioral/psychiatric disorders may actually have Lyme disease.

7) Borrelia burgdorferi is theÂ causative agent in Lyme disease, however….

A person may also have co-infections from a bite like Bartonella or Babesia, too. You can even get Bartonell from cat bites and scratches! It’s known as cat scratch disease.

8) Chronic Lyme is real – and people who are suffering from it are not crazy.

They may only be manifesting the effects of psychiatric lyme. When the Lyme is treated the neurological symptoms leave.Â Treating chronic Lyme is difficult and each case is unique.Â

No one-size-fits-all Â for Lyme. Always seek the help of a qualified, Lyme literate health practitioner. We have many customers who’ve followed Dr. Cowden’s Lyme protocol with products like Samento Microbial Defense from Nutramedix.

9) Many cases of autism have been linked to Lyme.

10) In studies done on the brains of Alzheimer’s patients – 7 of 10 tested positive for Lyme.

Do you believe me now? I hope so. I also hope you aren’t like many people I’ve met who’ve suffered needlessly for years, until they finally got a Lyme diagnosis. Don’t give up – keep fighting!

Recently, former New Your Mets pitcher, Tom Seaver, threw the first pitch at the National League All-Star game. It was pretty amazing. Â Not the pitch, the fact that he was there at all. You see, they thought he had dementia. Turns out it was Lyme disease. I found a few more famous people who’ve had Lyme disease.Â It can happen to the best of us – it can happen to you!

One final note. If you do find a a tick on yourself or someone else, don’t do the dumb,Â  folklore things I did to take one off my husband. Here’s the proper way to remove a tick!

If you’ve battled Lyme, we’d love to hear your story. Please comment below.

5 Responses to 10 Things You Should Know About Lyme Disease