You are here: Home › Our Blog › 10 Foods You Never Knew Contained Gluten
By Theresa Groskopp, CN on July 3, 2014 in Health News 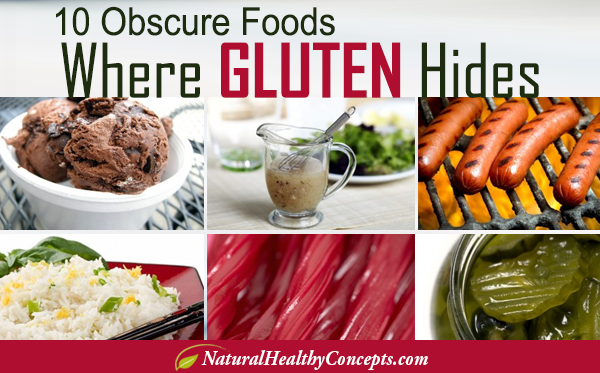 If you’ve been diagnosed with celiac disease or gluten intolerance, or have a child who has been, you already know it’s important to read every ingredient label on the foods you buy. While most of us are vigilant about this, every once in a while, we end up with something we shouldn’t be eating. We’re not perfect. Neither are you. It happens.

We end up with this “problem food” because, in most cases, we just don’t know that it contains gluten ingredients. There could be any number of reasons for this, but most of the time, the biggest reason is that we don’t recognize an ingredient or–gasp!–make the assumption that the product is gluten-free, only to be proven very wrong after we’ve ingested it.

The best rule of thumb is to never assume a food is gluten-free. And because we care, we’ve come up with a list of foods that contain gluten that you might not know about. 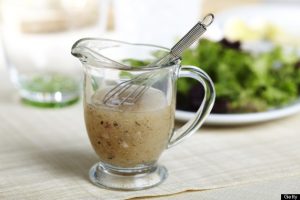 Yes, salad dressings contain gluten. Whether your favorite is ranch, bleu cheese, or even a lighter version of some kind, it’s important to check the ingredient labels. On almost every dressing label, gluten is expressed as “modified food starch,” which doesn’t make it clear. Modified food starch is a wheat derivative, so steer clear of it. 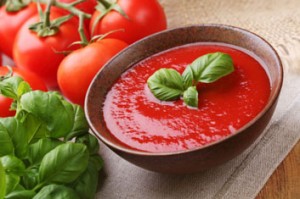 Soup is a great meal option on cold days or when you’re just looking for something quick and easy. However, soup isn’t as easy as you think. Why? Because pre-made and store-bought soups almost always have wheat flour or wheat gluten in them. There’s a simple fix, though. Make your own! From hearty stews to lighter soup recipes, you can find vegetables and other gluten-free ingredients that’ll taste great and won’t make you sick. 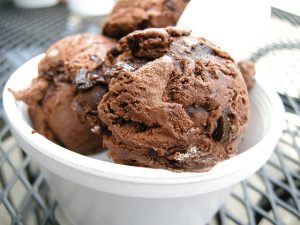 We’re bummed, too. Ice cream has starch mixed into the cream during the manufacturing process. It should go without saying that any ice cream that has additives like cookie bits will also be a big no-no. You can still have your favorite cool treat, though. Just make your own! 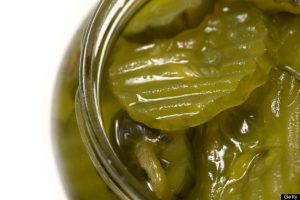 Pickles have gluten? Yes, some do! Be sure to watch out for “malt vinegar” on the ingredient list. Malt vinegar is what your pickles float in, and it’s made from barley. While some brands use corn vinegar instead, make sure you know what you’re buying before you buy it. Pickles are a tasty treat and a great addition to burgers and other dishes, but gluten is an ever-present danger. 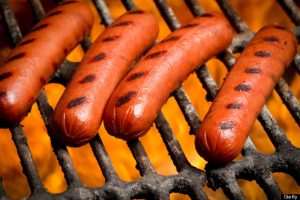 While hot dogs are a summer staple at picnics, family gatherings, and sporting events, they’re not a good choice if you have celiac disease or are gluten intolerant. Many name brand hot dogs and sausages contain wheat gluten. There are gluten-free hot dogs out there though, so don’t get discouraged. Just read the labels! 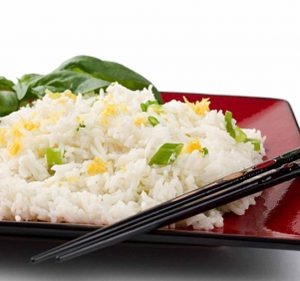 While instant rice has been widely thought to be gluten-free, unless it’s labeled as such, there’s gluten present. The manufacturing process and packaging can expose the rice to hidden gluten, contaminating it. Be sure to stay away from the creamy versions! Those contain starches and are also bad for you. 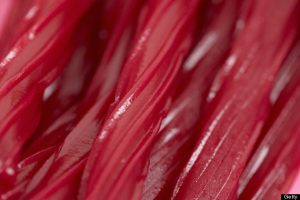 For some people, licorice is a sinfully sweet, guilty pleasure. However, one of the first ingredients listed on the label is wheat flour. Because of the rise in celiac and gluten intolerance diagnoses, there has been a rise in brands that offer gluten-free licorice options. 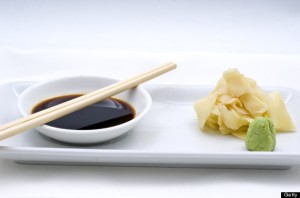 Do you enjoy dipping your sushi in soy sauce? Do you regularly use soy sauce when cooking? Be careful. While you might think soy sauce is made with only soy, you’re wrong! This delicious sauce is made with wheat and/or barley, making it a no-no. The good news? Many brands are now offering a gluten-free version! Hooray!

Whether you’re a fan of fresh or packed deli meats, you could be putting your intestines in danger. Many deli meats contain gluten in the form of modified food starch and cereal fillers, and if you’re not actively looking for these ingredients (or asking about them), you could be in for a rude awakening. There are gluten-free deli meat brands out there. Boar’s Head offers some delicious gluten-free options! 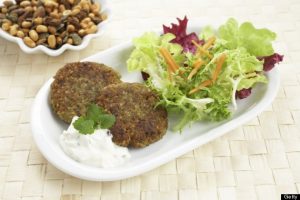 Mmhmm. Oh yeah. Veggie burgers contain wheat gluten. Because they contain no meat, wheat gluten is used to give these patties a meat-like texture. If you’re a vegetarian or vegan, why not try pressing your own veggie burger patties? Black bean patties are delicious on the grill!

While there may be more foods out there than you’re unsure of when it comes to gluten content, the best practice is always to read ingredient labels. Do you have any other foods that we didn’t list here? We’d love to hear about them! Have you found great gluten-free alternatives to any of these foods? Let us know about those, too!

One Response to 10 Foods You Never Knew Contained Gluten